Born out of a need for community and authentic connection during the pandemic, two Olin College alumnae created a new model for sustainable cultural change at Microsoft Cambridge and their distributed leadership approach is now being recognized by company leadership and industry networks alike. 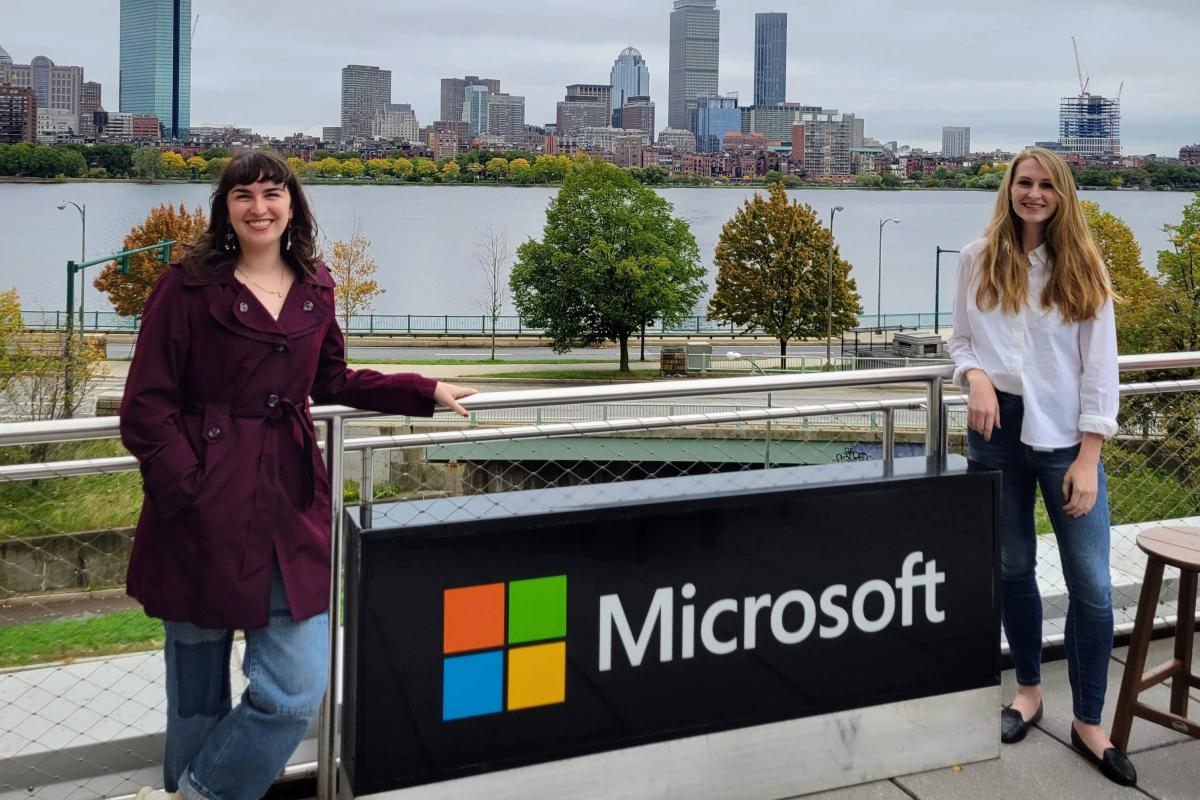 Pictured (L to R): Gracey Wilson '20 and Allison Basore '20, software engineers at Microsoft, stand on opposite sides of the Microsoft Cambridge sign.

After graduating in 2020, Gracey Wilson '20 and Allison Basore '20 were part of the many people around the world who started their first full-time job 100% remotely. Both Oliners started that remote work at Microsoft Cambridge as software engineers.

After speaking to some of Microsoft's early in career employees and listening to their similar experiences around starting 100% remote after (many) coming from highly collaborative college environments, Gracey and Allison quickly transformed this sense of isolation into co-creating a new community at Microsoft for people early in their careers.

The first Early-in-Career (EIC) group at Microsoft Cambridge was thus born out of a need for more community and authentic connection between coworkers. It's now a unique part of the site's culture and has resulted in a measurable impact on inclusion at their office.

"We've had a measurable impact on our site's culture of inclusion: 88% of April 2022 early-in-career survey respondents come into the office more often because of EIC, and 92% feel a greater sense of belonging at work because of EIC," says Allison. 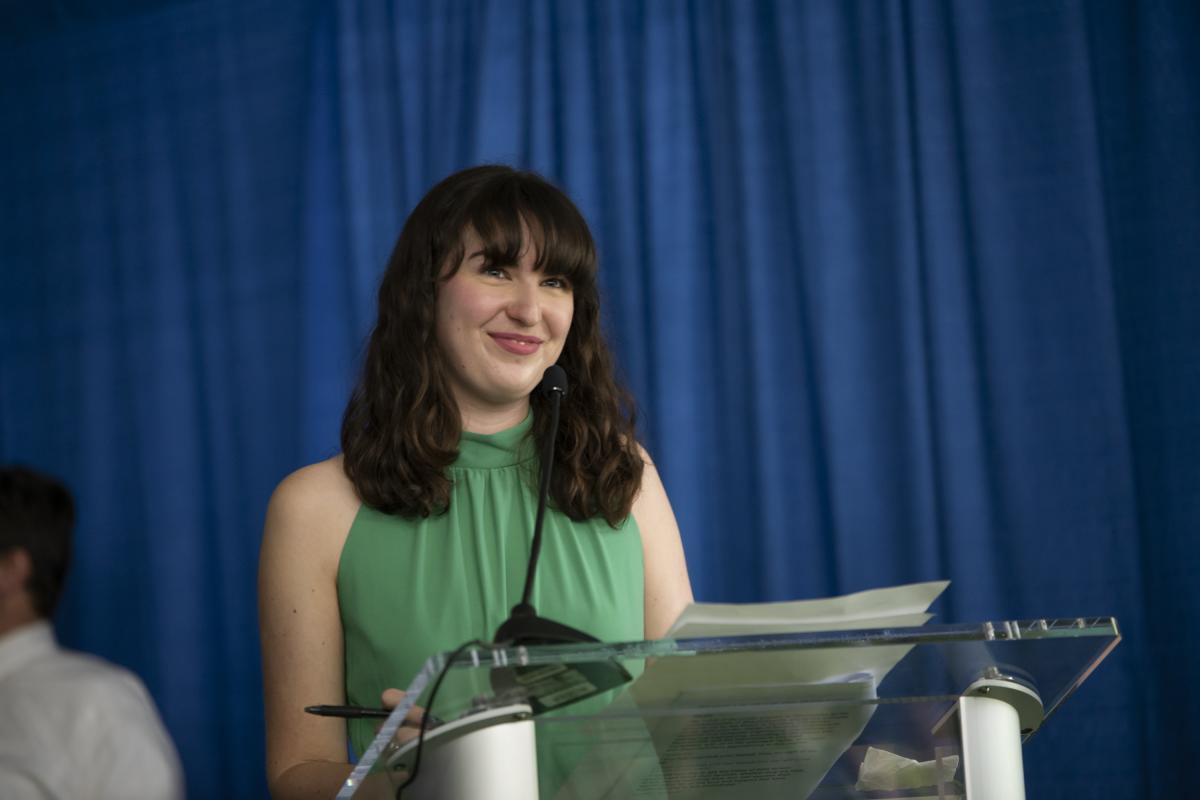 Gracey Wilson ’20 reads 15-word passages prepared by each member of the graduating class at Olin's Commencement exercises on May 16, 2022. Photo by Deirdre Confar.

Gracey and Allison are proud of their distributed leadership model, which they say has resulted in 91% of EIC members feeling empowered to initiate an event and 58% already having run one.

"An expectation of shared responsibility amongst the group rather than a designated board has led to an amazing diversity of events, from Career Development talks with Microsoft leaders to 3D Printing Workshops to holiday parties and ski/hiking trips," said Gracey.

People outside of Microsoft are noticing as well. Last month, Gracey was invited to present at Women Impact Tech Boston where she shared the trailblazing work helping to start the Early-in-Career group. She also accepted the WIT 100 award on behalf of Microsoft and her coworkers - an award that recognizes Microsoft as 1 of 100 companies leading the way in efforts for diversity, equity and inclusion. 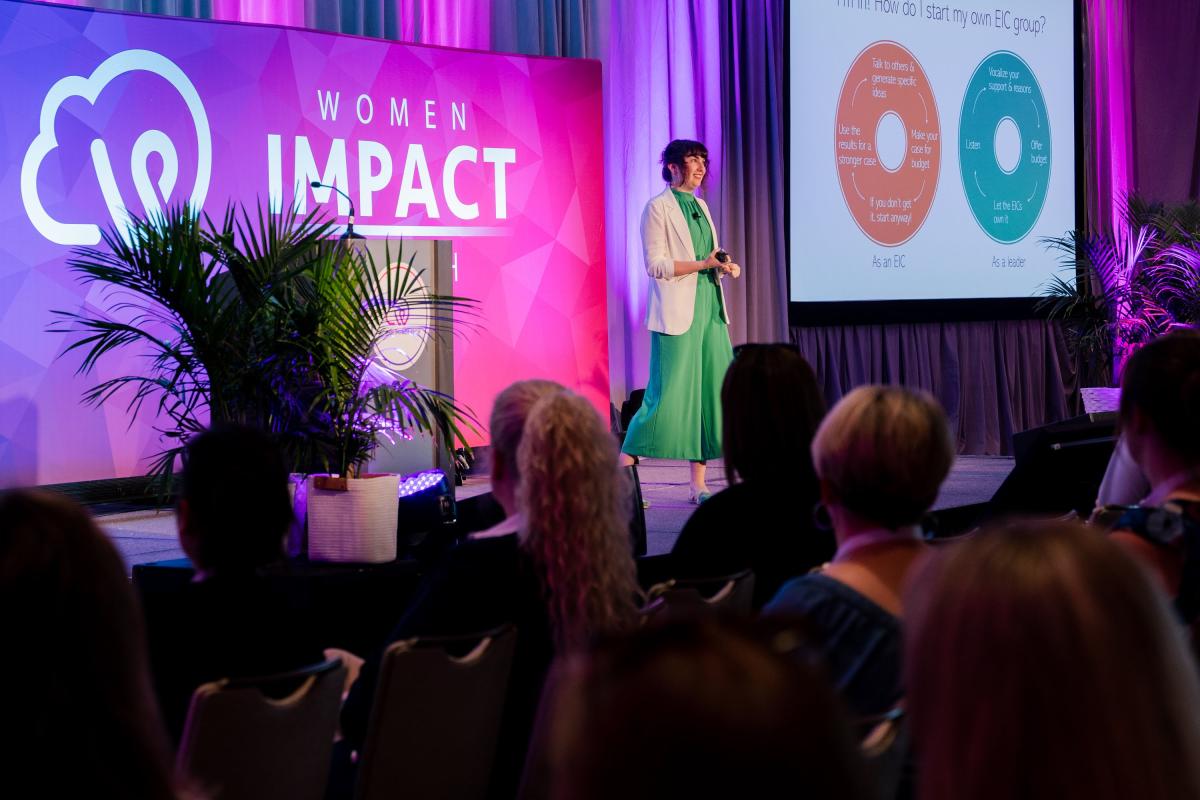 Gracey '20 on stage presenting at Women Impact Tech Boston in August 2022. During the event, she shared the work behind starting the Early-in-Career group and its impact and accepted the WIT 100 award on behalf of Microsoft and her coworkers.

This isn't Microsoft's first Early-in-Career group, but it does have a unique offering in that the group is not bound by organization.

"By being grounded in location instead, we're able to facilitate relationship building across product team and department lines, allowing folks to meet people they'll actually see around the office. We've heard especially enthusiastic feedback about this from folks whose teams sit in Redmond, WA, as they navigate learning company culture across the country from their team," said Gracey. 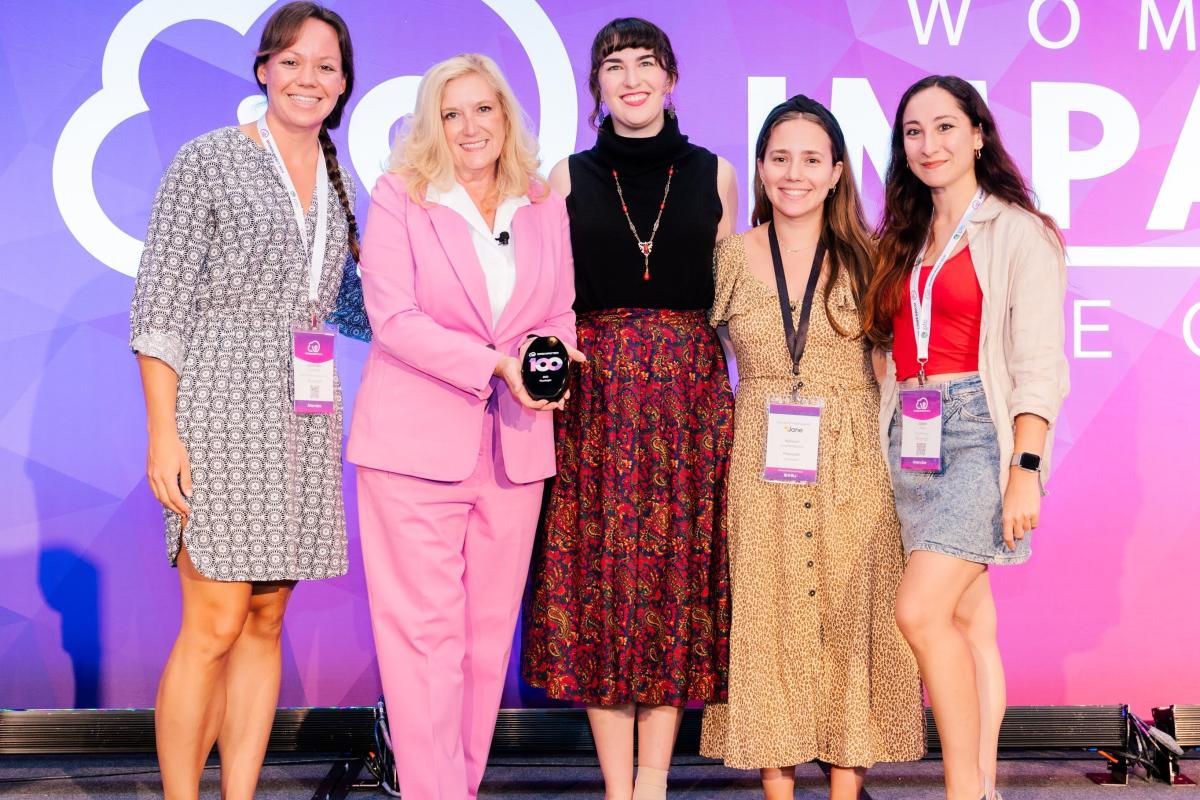 Watch as Gracey shares how a group of early-in-career Microsoft employees transformed their sense of isolation into a new community, resulting in a measurable impact on inclusion at their office.