Sara Hendren, Associate Professor of Fine Arts, Humanities and Design at Olin, has won a 2021 Science in Society Journalism Award from the National Association of Science Writers for her 2020 Penguin Random House book, “What Can a Body Do? How We Meet the Built World.”

Winners in each category receive a cash prize of $2,000, awarded at the Virtual Awards Night and Online Social on September 29, 2021, during the ScienceWriters2021 meeting. This year, NASW awarded a single prize in five categories: Books, Science Reporting, Science Feature, Longform Narrative and Series.

“It’s especially thrilling to be recognized in the science writing community for this book. While writing it, I hoped that fans of popular science would find it,” said Hendren.

“I feel fortunate that Olin encourages faculty to write for a whole set of audiences,” she added. “It is rare that professors would be evaluated for a promotion based on popular writing, not just academic writing. I was encouraged by the deans and provost at Olin to write the book I wanted to write—one for a general reader that connects researchers and newcomers to the subject matter.”

“What Can a Body Do?” centers around Hendren’s “eye-opening thesis that disability is not a problem to be solved, but an opportunity to envision a built world that has finally shed the stifling constraints of homogenous designs for so-called ‘normal’ bodies.”

The NASW judges stated: “Few books are capable of making you see the world in a fundamentally new way and this is one of them.” They were struck by Hendren’s empathy, insight, and elegant prose, adding, “Hendren knows the relevant scientific literature inside and out, and she has chosen her examples (including from her own life) with the skill of a master curator."

“Sara Hendren’s book exemplifies the value of bringing together studies about science, technology, and society to reframe human experiences in the world,” said Caitrin Lynch, Olin Dean of Faculty and Professor of Anthropology. “This work is a beautiful example of the ways of thinking that we cultivate in our students at Olin. Congratulations to Sara for this well-deserved recognition.”

“What Can a Body Do?” has received national attention from publications including the New York Times, AARP and Boston Public Radio, as well as chosen as a Best Book of the Year by NPR. It is a finalist for the Massachusetts Book Award in Nonfiction. 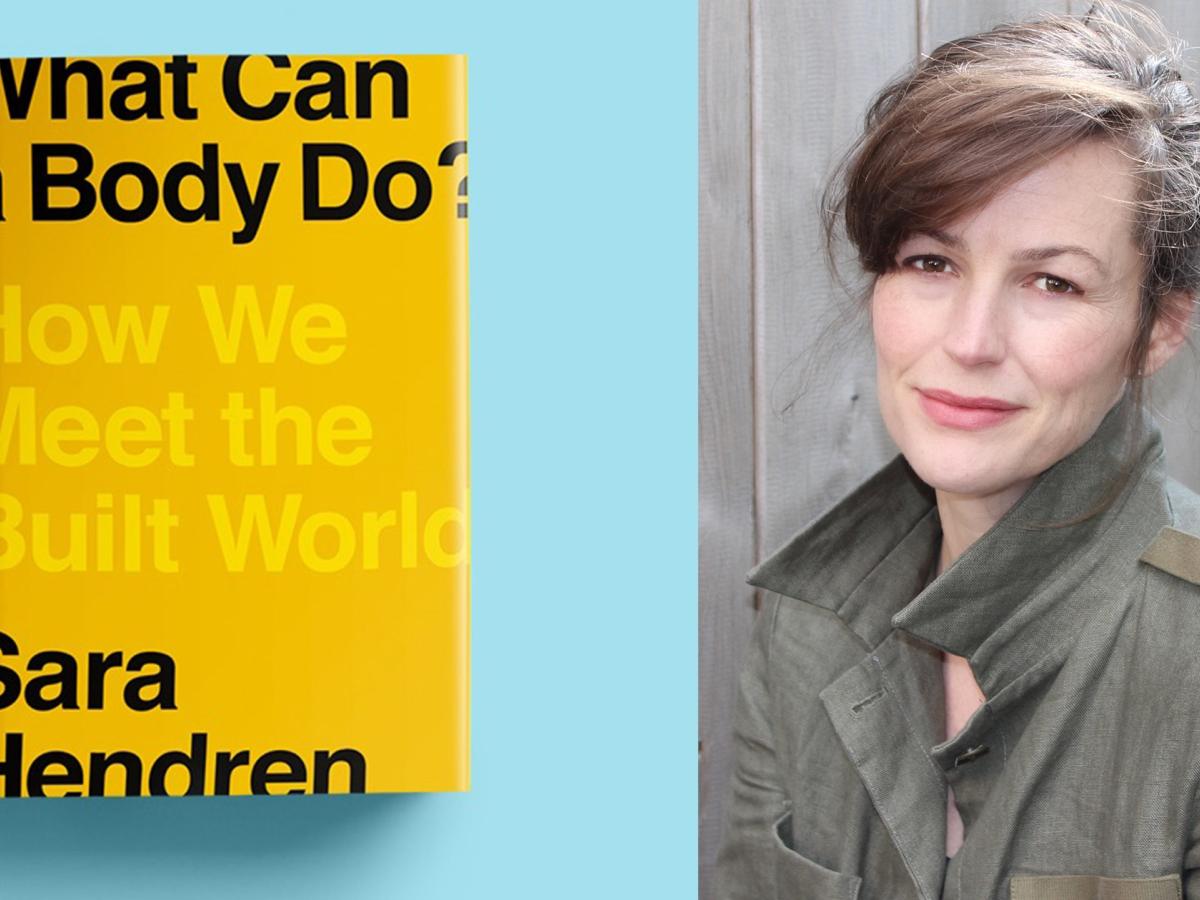 NASW established the Science in Society awards to provide recognition — without subsidy from any professional or commercial interest — for investigative or interpretive reporting about the sciences and their impact on society. The awards are intended to encourage critical, probing work that would not receive an award from an interest group. Beginning with the first award in 1972, NASW has highlighted innovative reporting that goes well beyond the research findings and considers the associated ethical problems and social effects. The awards are especially prestigious because they are judged by accomplished peers.

The largest organization devoted to the professional interests of science writers, the National Association of Science Writers fosters the dissemination of accurate information regarding science through all media normally devoted to informing the public. Its more than 2,500 members include science writers and editors, and science-writing educators and students.