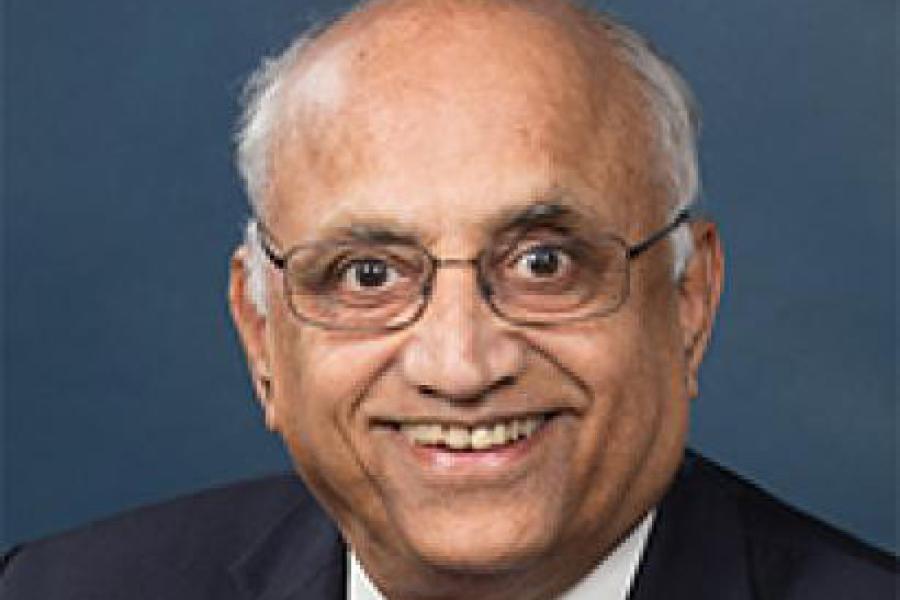 Venkatesh Narayanamurti is the Benjamin Peirce Research Professor of Technology and Public Policy at Harvard. He has served on numerous advisory boards of the federal government, research universities and industry.  He was formerly the John L. Armstrong Professor and Founding Dean of the School of Engineering and Applied Sciences, Professor of Physics and Dean of Physical Sciences at Harvard. From 2009 to 2015 he served as the Director of the Science, Technology and Public Policy Program at the Harvard Kennedy School. He served as Dean of the UCSB College of Engineering from 1992 to 1998, as Vice President for Research at Sandia National laboratories (1987 -1992) and spent much of his scientific research career at AT&T Bell Laboratories (1968-1987).

In 2018 he received the Arthur Bueche Award of the NAE “for seminal contributions to condensed matter physics and visionary leadership of multi-disciplinary research in industry, academia, and national labs that generated research and engineering advances”.