Unmanned ground robot sensors usually only give line-of-sight information like video, so a ground robot operator must travel large distances to determine whether there are any objects of interest. The ability of a flying robot to quickly survey a large area, identify an object of interest, and then separately direct a ground robot to the point for further investigation could make ground robot scouting more effective. Gathering information using ground robots as scouts is one of ARL’s main areas of focus, and the addition of information from the air could make them more efficient.

The run time of robotic multi-rotor systems is typically orders of magnitude less than that of an autonomous ground robot, so cooperation between a flying vehicle and a ground system enables future work in in-field recharging. The final video-capable quadcopter will be demonstrated by the Olin team and used as a proof-of-concept for future ARL work with flying robots. 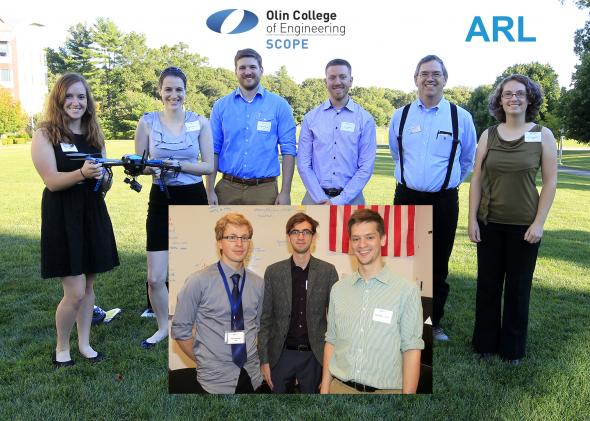