A secret device used in WWII to encrypt and decrypt war messages, the Enigma Machine has a storied history.

Olin students from the Principles of Engineering course recently had the idea to reach into that past and provide a fresh take on a historic machine: providing an interactive exploration of the encryption powers of the world-famous device. Inspired by the original machine, their design was to elucidate the power of the encryption process.

Broken into 4 two-week long sprints, the team took their Enigma visualization from an idea into an interactive experience. 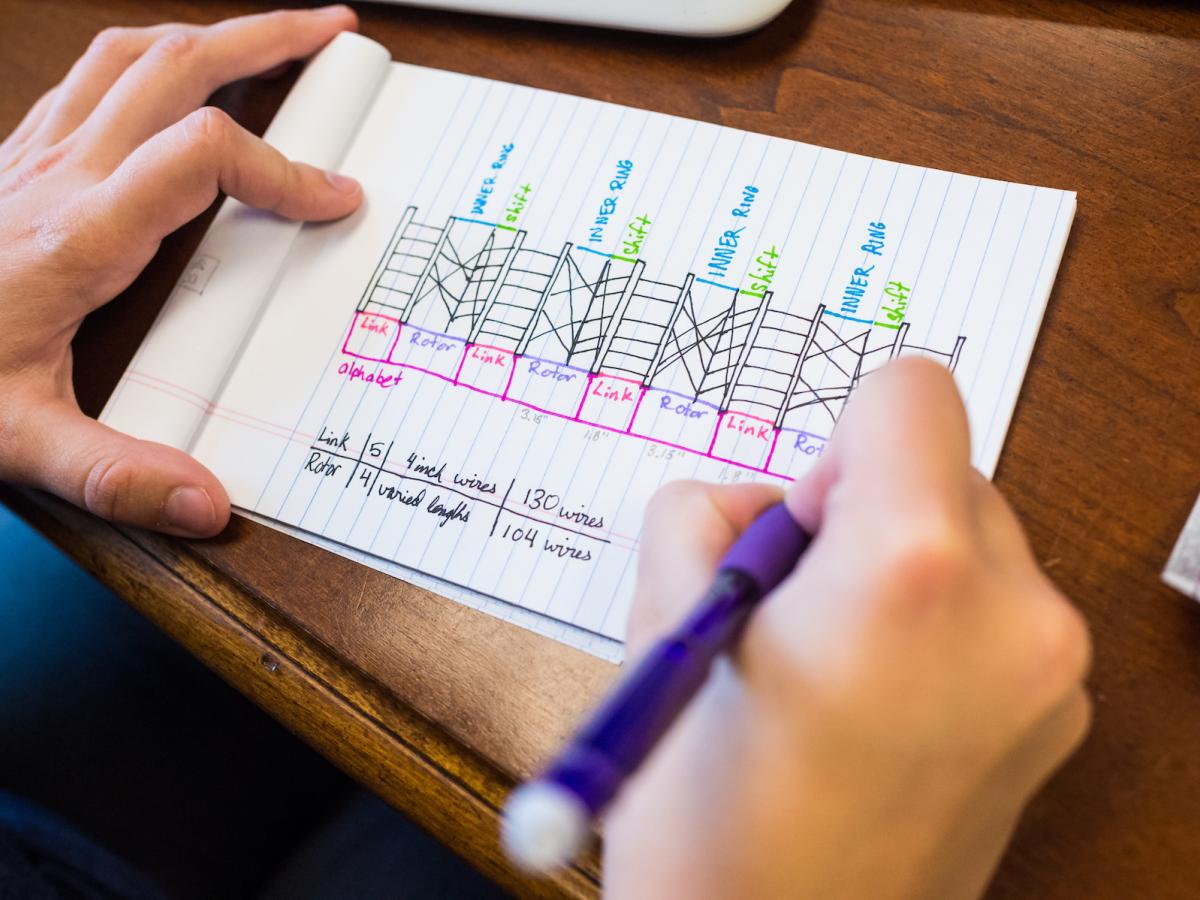 The system they ended up building has a variety of electrical, mechanical, and software components that all must interact flawlessly in order to accurately produce the intended visualization.

In order to create the full electrical system, the team went from the seemingly simple idea of utilizing electroluminescent wire to display the encryption process to designing multiple PCBs and spending countless hours troubleshooting issues with the electrical contacts and constructing the whole electrical system.

Though the original machine obviously contained no software component, the team found it important to bring the machine into the 21st century with software. Though the software component remained minimal, it allowed seemingly isolated elements of our system to interact with one another. 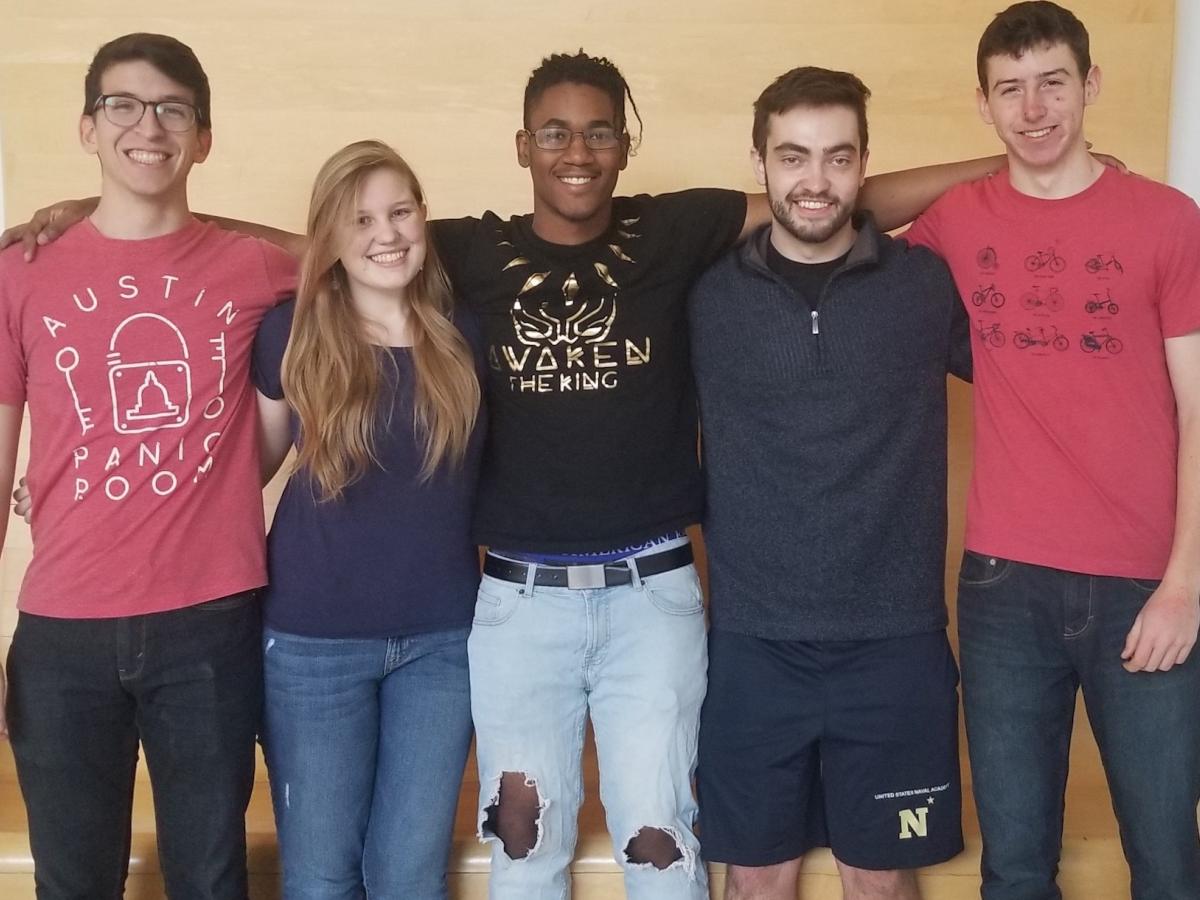 The team sought to create their own interpretation of the original Enigma's mechanical system in a way that would interface seamlessly with the electrical challenges of creating their visualization. What do you think?

View an overview of their mechanical system here...