Debbie Chachra, Professor of Engineering at Olin College, has received a grant from the prestigious Alfred P. Sloan Foundation to fund research and writing for her forthcoming book, provisionally titled Public Utility.

The book, slated for publication in 2021 by Riverhead Books, will examine the complex relationship between infrastructural systems and society, including issues around equity and climate change. 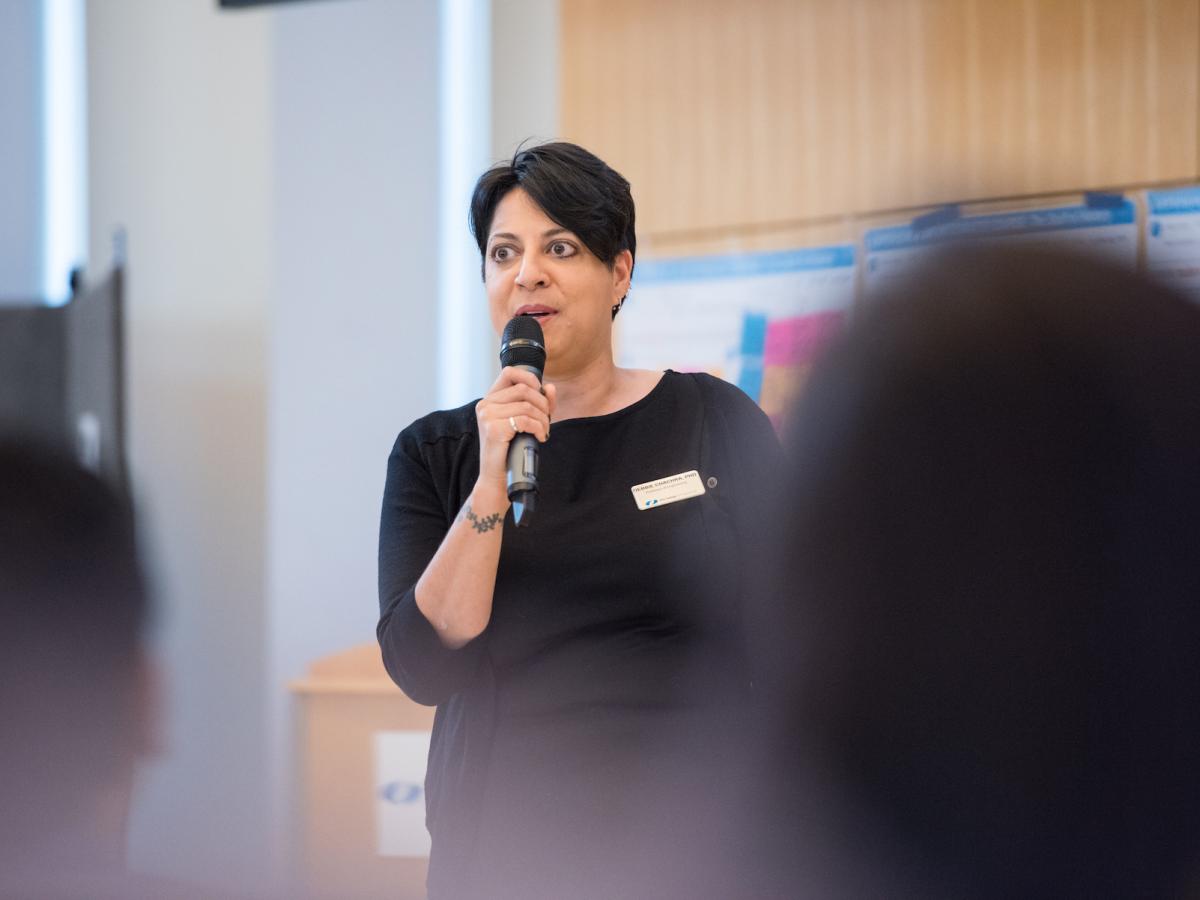 “I’m grateful for the acknowledgement and support of this work by the Sloan Foundation, and its commitment to the public understanding of science,” says Chachra. “So many of the books and other resources I’m drawing on for my research have been supported by Sloan grants, and I’m so honored to join their company.”

Public Utility is the result of a lifetime’s fascination with infrastructure for Chachra, and her ongoing research in the field. The book will examine our shared infrastructure (including electricity, water and sewage, transportation and telecommunications) not only as engineering systems, but also through lenses of collective benefit, equity, access, systemic racism, politics and climate change. She hopes the book will help readers see and understand where these systems came from and how they affect our lives.

“The goal of the Sloan Foundation’s Program in Public Understanding is to build bridges between the two cultures of science and the humanities, and one of the important ideas in Public Utility is that the social and technical aspects of infrastructure are inextricable,” explains Chachra. “As we recognize this, we can begin to make them work better, for everyone.”

She notes that her broad background in engineering, enthusiasm for the subject and experience as an educator in communicating complex ideas all combine to give her a unique perspective as an author. Additionally, she says, her identity as a woman of color and an immigrant informs her research and frames the systems that many people take for granted.

“We are thinking about how to rebuild all of these systems: not just technical, but also social, political, economic,” says Chachra. “It’s all one story, and it’s not a work we’re ever going to be able to stop doing. Infrastructure is just one of many levers for change, but it’s a big one. With this book, I’m hoping to push on that lever as hard as I can.”

The Alfred P. Sloan Foundation is a philanthropic, not-for-profit grant making institution based in New York City. Established in 1934 by Alfred Pritchard Sloan Jr., then-President and Chief Executive Officer of the General Motors Corporation, the Foundation makes grants in three broad areas: direct support of research in science, technology, engineering, mathematics, and economics; initiatives to increase the quality and diversity of scientific institutions; and efforts to enhance and deepen public engagement with science and scientists.

Sloan's program in Public Understanding of Science and Technology, directed by Doron Weber, supports books, radio, film, television, theater and new media to reach a wide, non-specialized audience and to bridge the two cultures of science and the humanities. The Foundation’s book program, which has supported over 140 authors, includes early support for Hidden Figures: The American Dream and the Untold Story of the Black Women Mathematicians Who Helped Win the Space Race, which became the highest grossing Oscar-nominated film of 2017 and a social and cultural milestone.