An education off the grid

Like students everywhere adjusting to the curveball thrown by the coronavirus, Olin students have been grappling with their options for the Fall 2020 semester. Return to campus? Stay home and take classes remotely? Take a break from their education?

A group of 12 Olin students are choosing an independent path.

These Oliners are embarking on what they’ve termed a “sustainable semester” on a North Carolina permaculture farmstead. At the Woodland Harvest Mountain Farm, which is run by a couple, Lisa and Elisabeth, they’ll further their education through self-directed engineering projects designed to enhance the self-sustainability of the small farm. Some students plan to take Olin classes online at the same time—via solar-powered laptops. 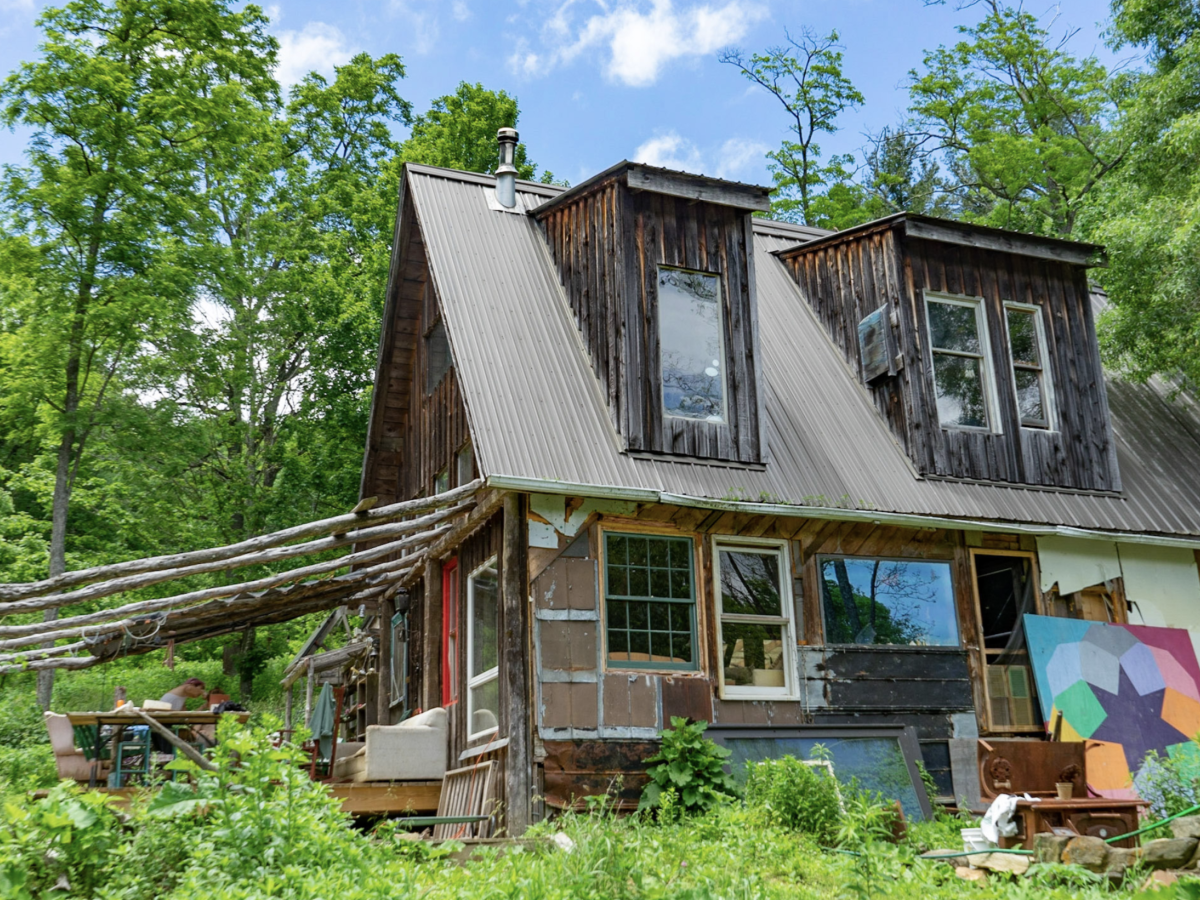 At first glance, it may seem that an ultra-rustic experience living off the land—harvesting crops, tending to livestock, chopping wood, harvesting vegetables, using “humanure” composting toilets—is the antithesis of the life of an engineering student. And in a way, that’s exactly the point. For senior Leon Santen, who organized the semester, the appeal of living in an entirely different way has been building for a while. “For over a year, I’ve felt the desire to see what it’s like to live in support of nature, as opposed to what can seem like fighting it,” he says.

When Leon started sharing this idea with various classmates and friends at Wellesley College, he was surprised to hear many of them echo the sentiment. The idea kept surfacing: What would it be like to live on a commune? To keep the collegiate life alive by their own design while working toward something—together? Leon visited the farm with his partner, a student from Wellesley, to discuss the idea of having students work and live there.

“I was only there two weeks, but it does something to you when you live off the grid, in nature,” he says. “I felt that, once you live this way, you can really learn to be a sustainable engineer.”

After Leon put the word out, more than 30 students asked for spots on the farm for the semester. Leon turned tothe farmstead owners to make the tough decision of who could come. “I hadn’t expected so many people to feel the same way about this idea, but we all felt drawn to it,” he says.

In many ways, the sustainable semester concept isn’t such a radical departure from the Olin approach. Student-directed learning, entrepreneurship, and sustainability are part and parcel of the Olin curriculum, as is user-oriented design. The students plan to put all of these to use implementing solutions that can help the farm owners, like creating a wind turbine to providea steady source of electricity. “It’s the ultimate project-based learning,” says Leon. “Like ADE, a group of engineers will go to a user group that has certain needs and ways of living, listen to what they truly need, and work in their systems to make their lives better. It applies to all the design concepts we’ve learned in the past.”

“A lot of us are really excited to bring our engineering skills to a field that would benefit from it,” says Leon. It’s not just students, either. Professors have offered all kinds of support and many plan to help the students remotely during the semester. Linda Vanasupa urged Leon to explore the commune concept. Alessandra Ferzoco, Ben Linder, and Alison Wood brought forth the proposal to the pathfinding committee that described the idea of a micro-campus in various locations. Mark Somerville, dean of faculty, has his own permaculture farm and offered students homesteading tips, along with oak flooring and salvaged windows the students can use for building materials. Professor Jeff Dusek offered them parts for thewind turbine from a colleague who didn’t need it. And when Kevin Simon, an alumni who got his PhD in water pumps, heard about their plans, he reached out and offered discounted valves and pipes if the students decide to pursue hydraulics projects.

The Olin community has gotten behind the students in other ways, too, by helping them meet their initial fundraising goal of $8,000. The students are putting these funds toward building a cabin on the property with sleeping places for themselves and various sustainability projects, including a hydro-turbine in the local stream to power the cabin with lights and to power their computers. The seven students who have arrived on the farm have already built a pantry for the 2,000 pounds of food they plan to use, mostly through canning, and they’ve ordered solar panels with the fundraiser money. “I’m still speechless that we’re getting so much support and it’s actually coming together,” says Leon.

Next week, the remaining four students will join the group, and they will allbe off to the races. “The connections and relationships I expect to form will give me a better idea of what I want to do with engineering,” says Leon. “And in a time of the coronavirus crisis, when current systems are dysfunctional, it’s appealing to feel part of a resilient community. You can really feel how you are part of an ecosystem. And that’s what sustainability and permaculture are, in the end—being a part of something, not an opponent. This experience will be incredibly transformative.”

Sign up for updates from the team, see pictures of their progress, or make a donation on their site.