It’s fair to say that when the COVID-19 crisis hit, the Olin community wasn’t exactly excited to disband in-person classes and jump into online learning. “But we learned a ton,” says Daniela Faas, assistant professor and practice and director of Lab & Fabrication Operations.

Unlike beginning engineering courses at other colleges, Faas’ Introduction to Mechanical Prototyping class is as far from lecture/exam-style learning as you can get. “The whole curriculum is hands-on, project-based learning,” she says. In this class, students learn mechanical prototyping by doing it and spend a lot of time in the Olin Shop. When the class was reimagined, Faas’ goal was to retain some form of hands-on design activity and not rely on screen time. 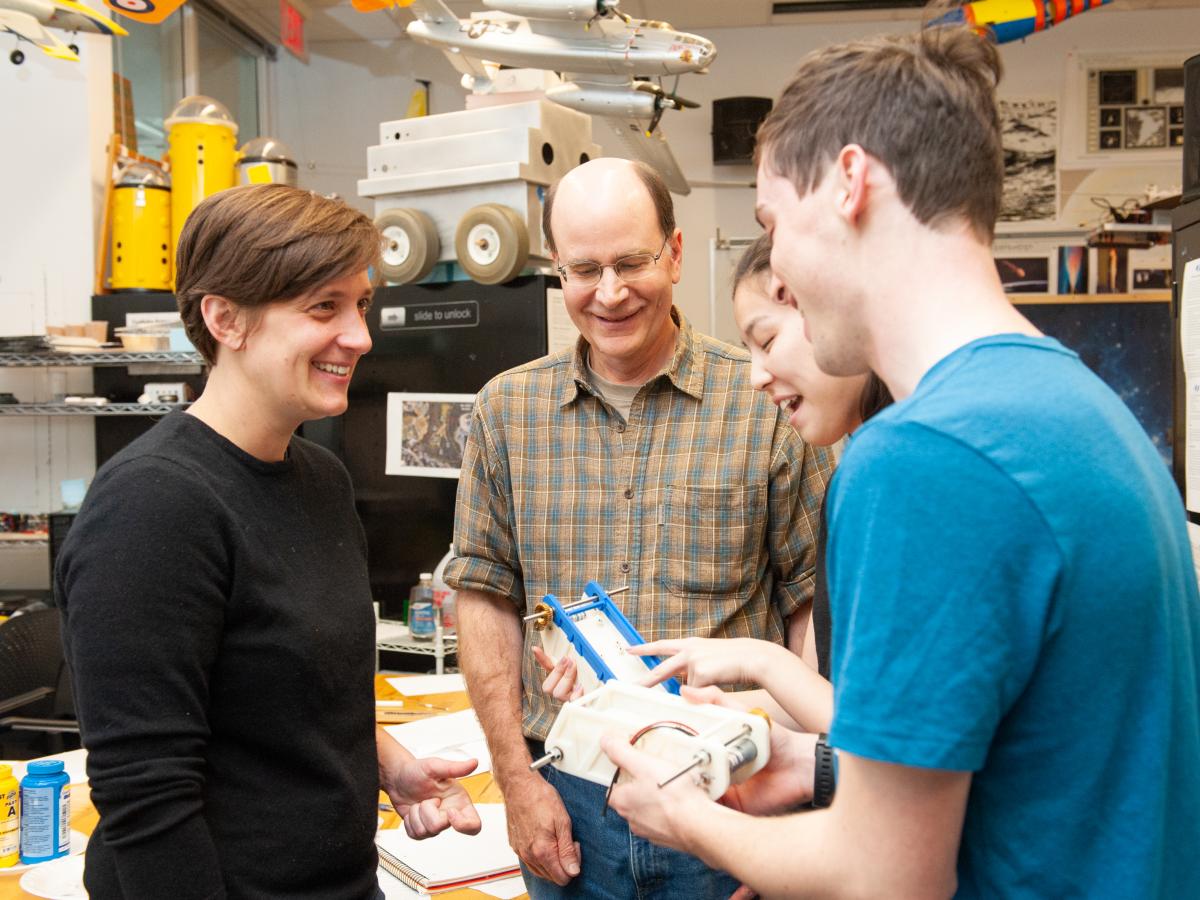 Professors Dave Barrett (center) and Daniella Faas (left) talk with students in the machine shop in 2019. Photo by Leise Jones.

Using only computer-aided design “didn’t feel right and felt like it was short-changing students,” she says. The question became, What could students create at home in a way that was accessible and equitable?  “I didn’t want to lose is that physical connection to making things, which is really important to me.”

At home, not all students had access to even simple tools like scissors, never mind a fully equipped machine shops with 3D printers, plasma cutters or laser cutters. Faas came up with the idea of having students build kinetic sculptures with Lego Technic. The goal of this module was actually the same as before the pandemic: to learn about mechanisms, which make things move in relation to other things and for students to build structural pieces to form highly complex movement. Using Lego Technic offered the same kind of learning opportunity.

Students were mailed kits and could request more pieces. “I was really impressed by their creativity and I was thrilled with what they did,” she says. “I couldn’t be prouder of how everyone engaged and that nobody disconnected from the class.” Students appreciated the ability to do quick prototyping. “We actually covered more design solutions than we would have if they’d been using the Shop,” she says. 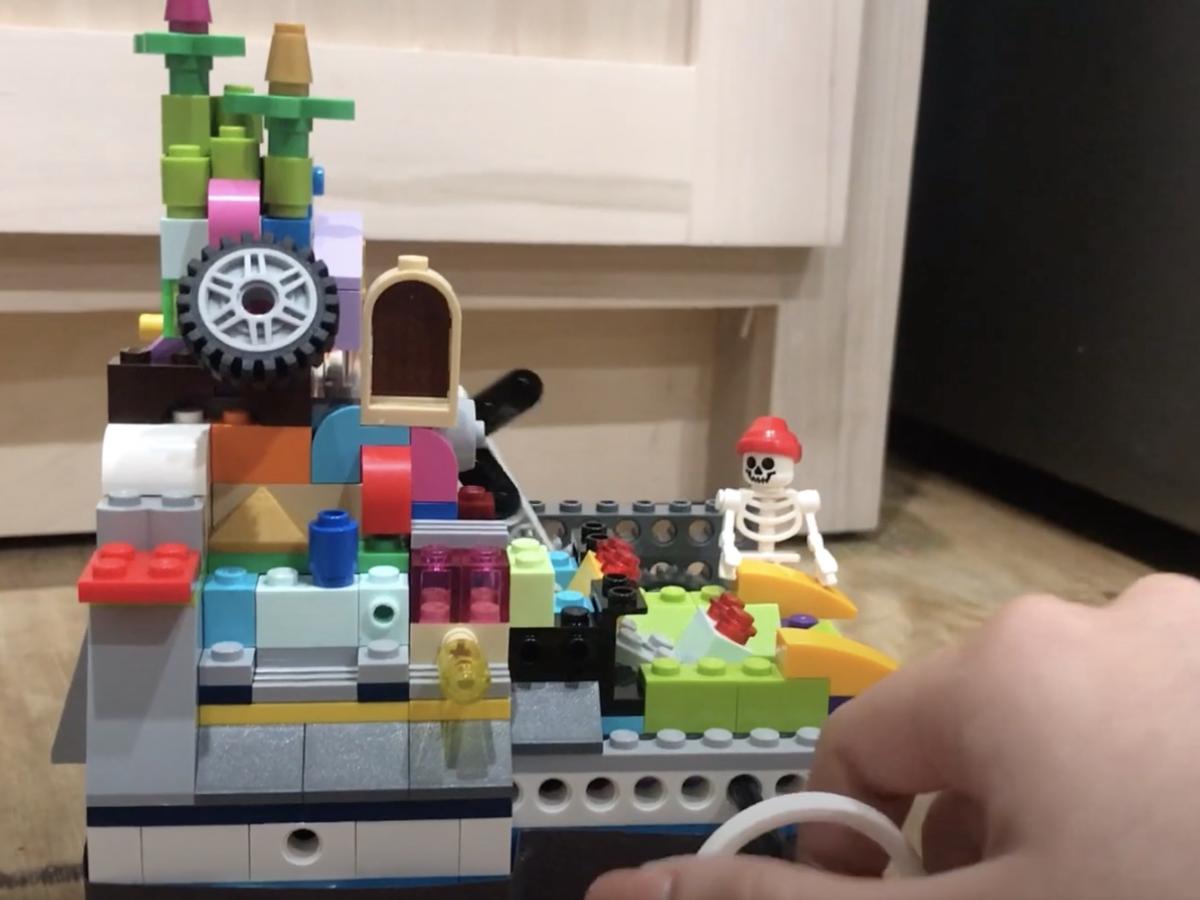 Faas is now adapting hands-on exercises for next semester’s Design for Manufacturing class. Instead of having one large project, there will be three modules in distinct sessions, so they can switch directions faster if needed. Along with her staff, Faas will be taking the students’ design instructions and making the parts herself at the Olin Shop, and mailing the students their pieces to work with at home. In many ways, this set-up mimics how things work in industry, as engineers work with machinists who aren’t always in same place. She’ll do a design review with students on Zoom before they begin to make their product. “They’ll still be able to design and fabricate, even if it happens differently,” she says.

See some of the kinetic sculptures that students came up with using Lego Technic, from a space colonist,  to a beetle that moves in sequence, to a campsite with sun setting in back and campfire flame going up and down.