Three Olin teams each took home prizes from the MakeHarvard 2020 hackathon on February 2, 2020.

Evan Cusato ’20, Zack Davenport ’20, Hannah Kolano ’20 and Emma Pan ’21 won best overall for their project, the “Melodicon.” "It was pretty surreal,” said Evan. “We walked in with nothing but a few friends and some snacks, and we came out with an invention that people liked and saw value in. That’s pretty cool for 24 hours’ work." 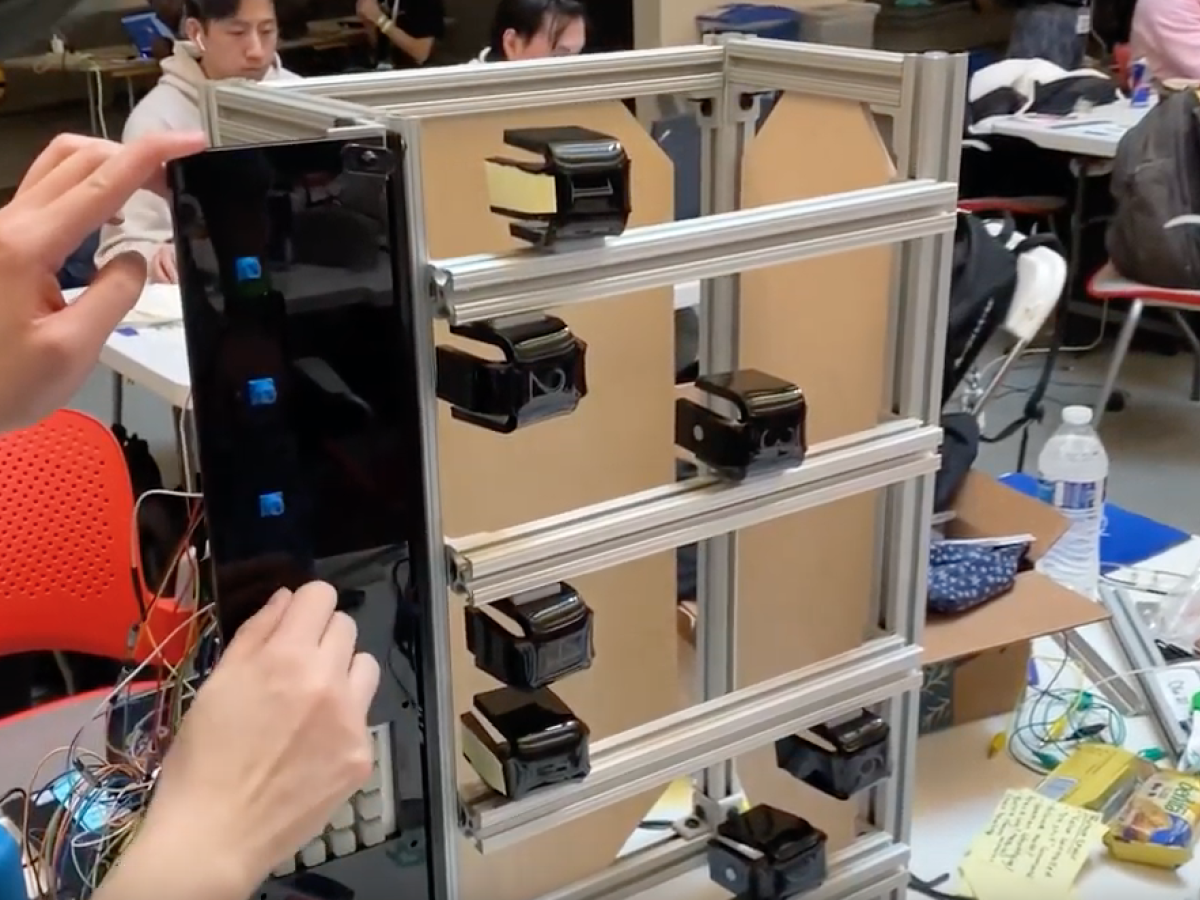 A photo/video still of the Melodicon by Zack Davenport '20.

Lucas Ewing, Instructor of Design and Fabrication, was a judge for the hackathon for the second year. “It was great to see high representation from Olin,” he said. “It was a fun way for students to team up with their friends and experiment.”

On the MakeHarvard site, team “Melodicon” described their project as “the love child between a Theremin and an abacus: just as a theremin senses the position of your hand to create different notes, the sliding blocks on the Melodicon control the pitch of its notes.”

“We realized we wanted to do something creative and expressive pretty early on, and we eventually settled on a musical instrument. We wanted anyone to be able to play it, and for anything to sound good, while still allowing for experimentation,” explained Zack. “People kept on coming over to check it out, and I slowly started to realize that we'd actually built something pretty cool.” 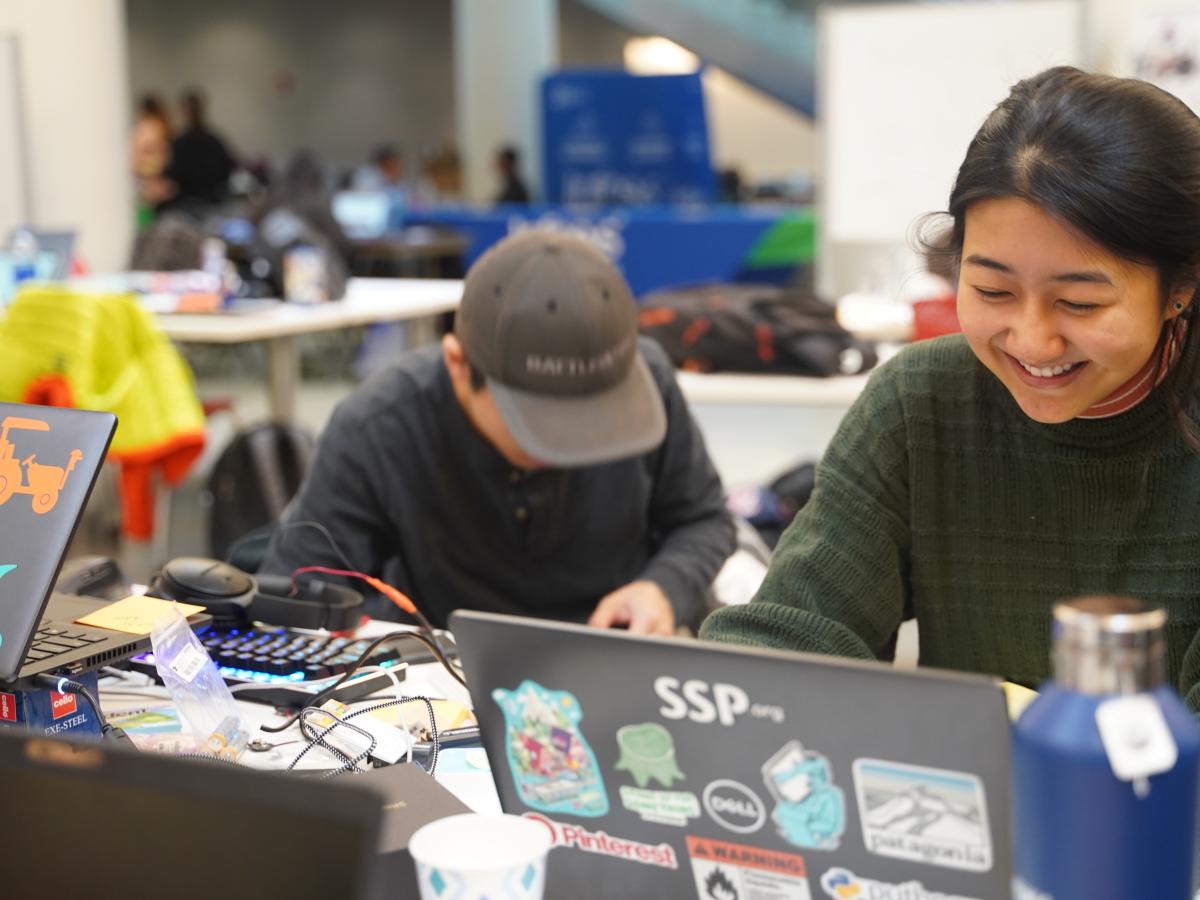 The Navig8r team working at MakeHarvard 2020. Photo by Wesley Soo-Hoo '23.

Wesley Soo-Hoo ’23, Rohil Ararwal ’23, Emily Wan ’23 and Jaqueline Zeng ’23 received second place for their creation, the “Navig8r,” an intuitive navigation system for cyclists. On the MakeHarvard website, the team describes the project as a “system that makes bike navigation intuitive and simple—by distilling all of the information given by a traditional GPS system down to only what a biker needs and placing it in convenient places along the biker's field of view, it presents just enough information to help bikers reach their destination safely.” 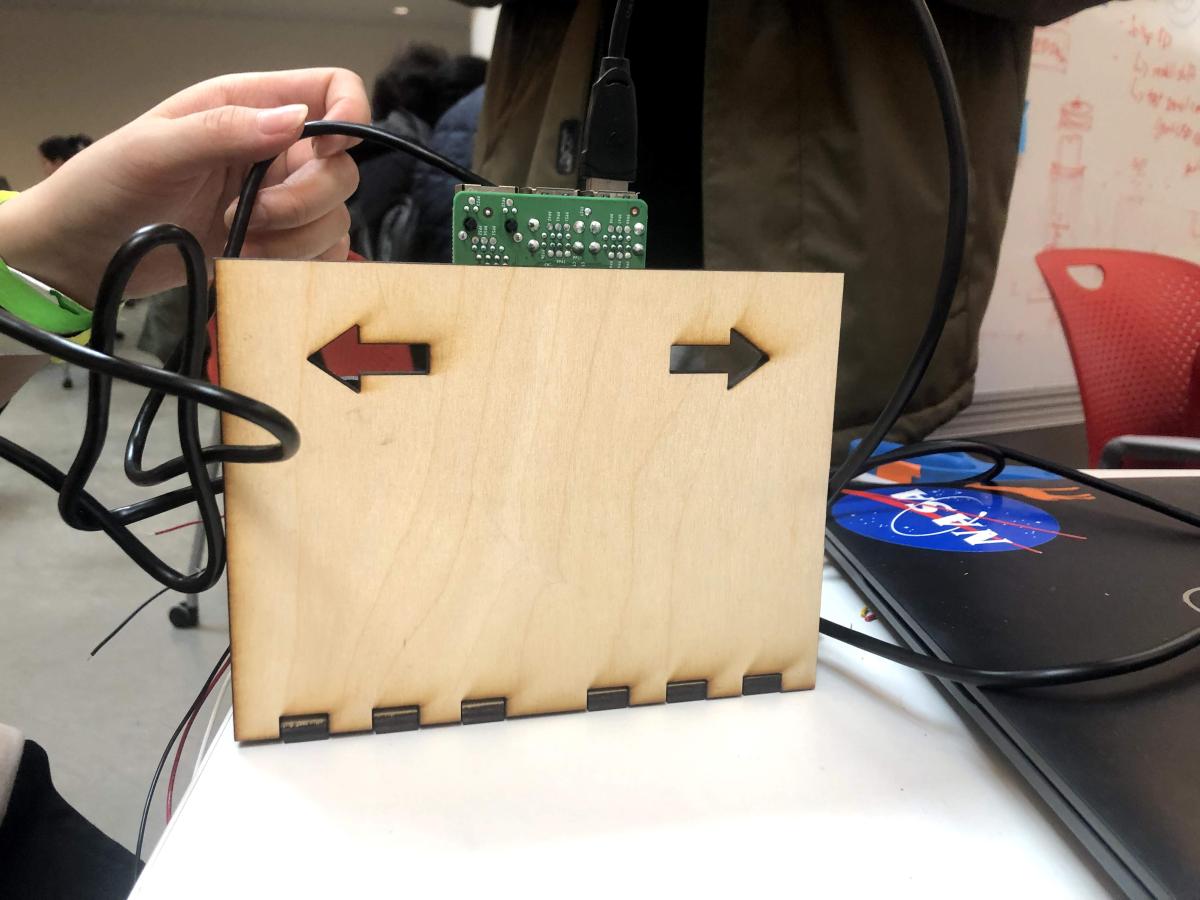 Photo of the Navig8r station. Photo by Wesley Soo-Hoo '23.

Florian Schwarzinger ’22, Olivia Jo Bradley ’23, Nabih Estefan Diaz ’23 and Maya Sivanandan ’23 won the MakeHarvard Original prize for their project, the “2 by 2 by 2 Rubix Cube Solver.” The prize is awarded to the best project designed purely with materials available at MakeHarvard (no external materials). The “2 by 2 by 2 Rubix Cube Solver” differs from a 3 by 3 Rubix Cuve solver in that “there is no middle row to anchor the cube from, meaning our cube is unrestrained the whole time,” the MakeHarvard site description states. “Our design includes a color sensor on a rack and pinion to find the initial position of the cube. Using servo motors, a 3D-printed tray piece, and a gripping claw mechanism, the cube was flipped and twisted based on our solving algorithm.”

For three of the team’s members, this was their first ever hackathon. “Working with my teammates was wonderful, we've never been able to work on a technical project like this together,” said Olivia Jo. “We all have different skills and points of views, and it was really great to mesh them all together to create something that we are proud of. We went into this hackathon with the goals to have fun and challenge ourselves, and never expected to walk away with an award.” 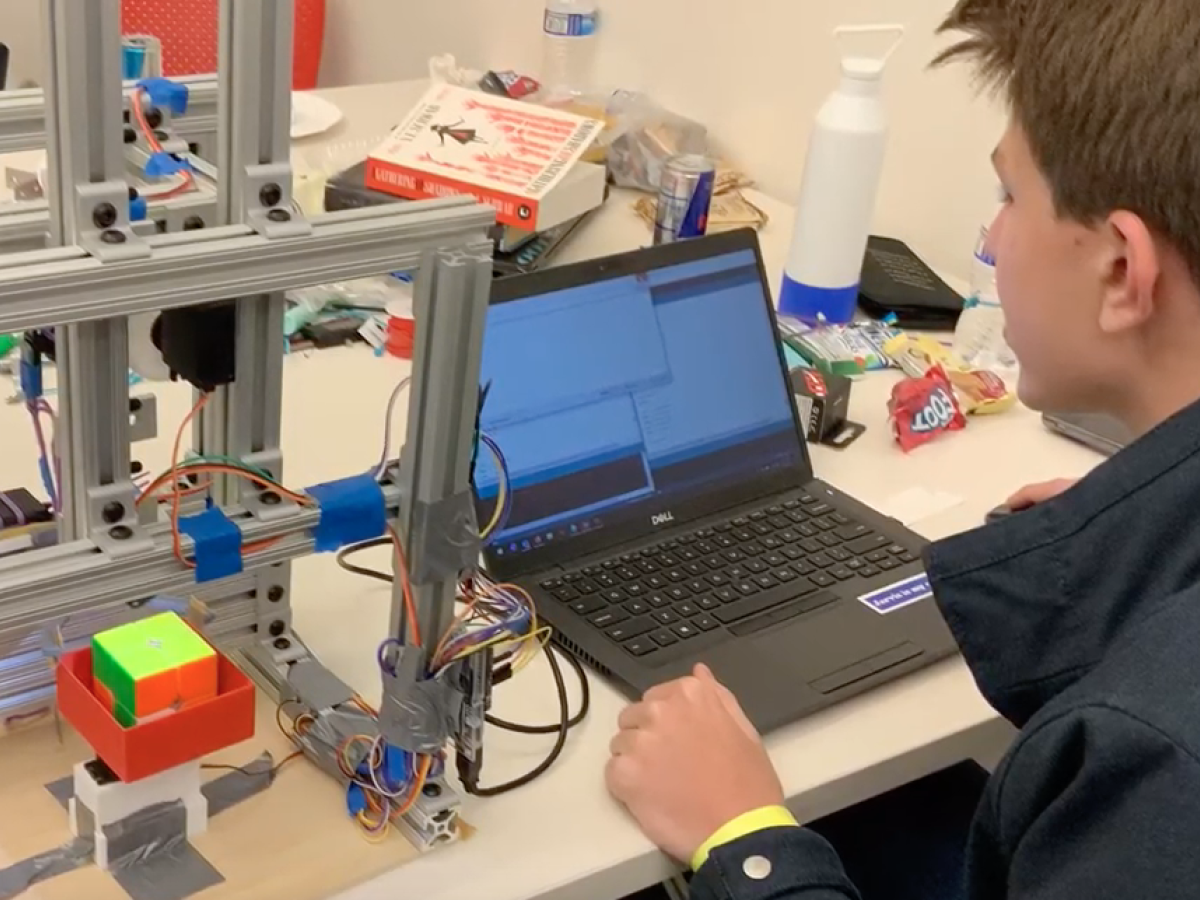