Gilda A. Barabino, Ph.D., President of Olin College of Engineering, has been selected as president-elect of the American Association for the Advancement of Science.

Barabino was elected as an AAAS Fellow in 2010 and has been a member of the organization since 1987. She began her term on Feb. 24. After serving for one year as president-elect, Barabino will serve one year as AAAS president and then one year as chair of the AAAS Board of Directors.

Upon learning the news of her election, Barabino said: “Science has the power to change the world. Harnessing that power requires science for all in service of humanity. I am excited to join the leadership of AAAS and contribute to the advancement of its mission in new and transformative ways.”

“We are at a moment of opportunity to reimagine and reshape the world we live in." 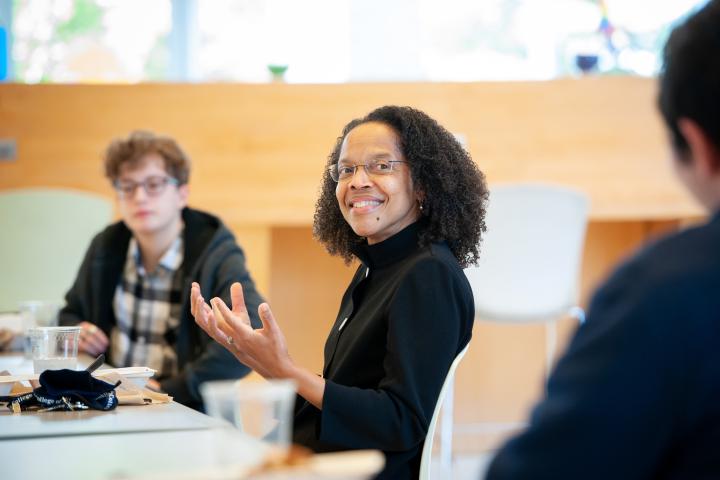 In her candidacy statement for the position of president-elect, Barabino wrote, “We are at a moment of opportunity to reimagine and reshape the world we live in and to chart the path for sustaining its future. In order to achieve a sustainable future, we must be willing to expand the boundaries of science and to challenge and disrupt conventions. Facing future challenges of unprecedented magnitude and complexity, ranging from infectious disease and systemic racism pandemics to climate change and global inequality, science can serve as a global public good and equalizer.”

Barabino says she is committed to collaboratively building a strong and impactful AAAS and to help guide the organization as a change agent while pursuing an evidence-based and actionable agenda. “AAAS as an enabling organization is positioned to lead the scientific and broader community toward science and engineering solutions to ensure a healthy, prosperous, secure and just society,” she said.

A biomedical engineer trained in chemical engineering, with broad interest in global health, systems, and interdisciplinary engineering education, Barabino is a noted investigator in the areas of sickle cell disease, cellular and tissue engineering. She is an internationally recognized thought leader and highly sought speaker and consultant on race/ethnicity and gender in science and engineering, with particular focus on creating cultures and climates that support a sense of belonging. She has led a number of initiatives in these areas including serving as the founder and Executive Director of the National Institute for Faculty Equity.

Before joining CCNY, Barabino served as Associate Chair for Graduate Studies and Professor in the Wallace H. Coulter Department of Biomedical Engineering at Georgia Tech and Emory University. She also served as Georgia Tech’s inaugural Vice Provost for Academic Diversity. Prior to that, she spent 18 years at Northeastern University, rising to the rank of Full Professor of Chemical Engineering and serving as Vice Provost for Undergraduate Education.

Barabino earned her B.S. degree in Chemistry from Xavier University of Louisiana and her Ph.D. in Chemical Engineering from Rice University.