Jamie O’Brien ’22 has been awarded the 2021 SHA President’s Award for Undergraduate Student Writing by the Society for Humanistic Anthropology (SHA). Her 1st Place award is for her paper titled, “This is What I Know: Lasting Effects of Basque Conflict Across Generations and Oceans.”

O’Brien received her award at a Zoom ceremony at the American Anthropological Association (AAA) annual meeting, where she read a portion of her paper. SHA is a section of the AAA, the world’s largest scholarly and professional organization of anthropologists.

“Jamie is a very talented writer, and working with her was a highlight of my remote teaching experience. The paper is fabulous—a beautiful mix of creative and scholarly writing,” said Caitrin Lynch, Dean of Faculty. 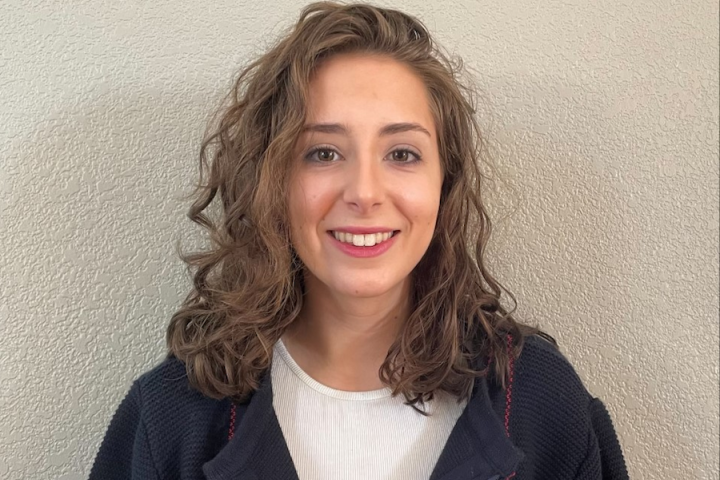 O’Brien wrote her paper as part of a year-long independent study with Caitrin Lynch, Dean of Faculty and Professor of Anthropology at Olin. For her Arts, Humanities and Social Sciences (AHS) concentration, O’Brien studied Anthropology; because of Olin’s BOW partnership, O’Brien has had the opportunity to take anthropology courses at Wellesley during her undergraduate studies.

O’Brien’s paper is about a college student coming to understand her Basque identity. O’Brien’s mother is from the Basque region of Spain, and O’Brien originally intended to center her independent study on Basque history and culture. The more she learned, the more she explored the conflict with Spain, Franco’s oppression of the Basque people, and Basque identity.

O’Brien connected with a young woman and her Basque mother over social media; this pair’s relationship and experiences mirrored those of O’Brien’s and her own mother. “I did extensive interviews with her and her mom,” said O’Brien. “They had really interesting stories I wanted to tell, which helped me create a more personal view into the Basque experience.”

The existing literature is relatively clinical, says O’Brien. She could not find any personal, first-hand stories of the experiences of Basque people during the Franco era. “I ended up telling a first-person perspective story—an honest and personal view of the Basque people,” said O’Brien. “I saw a lot of myself and my family in parallels with this other family. I’m excited to share this new perspective on the Basque experience.”

“Jamie is a very talented writer, and working with her was a highlight of my remote teaching experience. The paper is fabulous—a beautiful mix of creative and scholarly writing,” said Lynch. “It’s a big prize, and pretty exciting that Jamie won it as an engineering student who has taken a bunch of anthropology courses at Wellesley for her AHS Concentration.”

“Conflict and identity are intertwined,” notes O’Brien. “There are marginalized people whose stories aren’t being told. I think it’s important work and the people who are passionate should be doing it. I’m glad Olin gave me the chance to pursue this passion.”