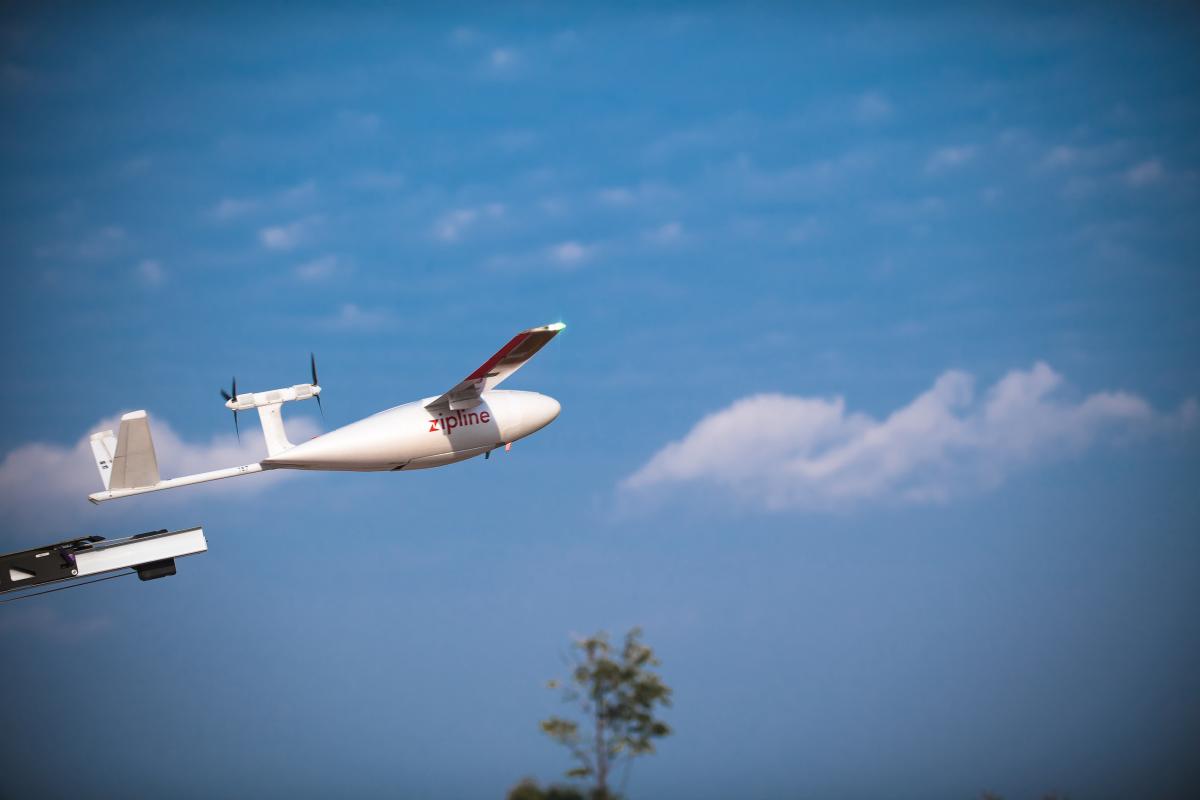 A Zipline auto-delivery system after launch. Photo by Zipline International.

Growing up in Santa Clara, CA, space has always interested Nagy Hakim. While in high school, he interned with NASA and competed in FIRST Robotics; when he entered Olin, he conducted research in the Olin Robotics and Bio Inspiration Lab.

“I’m drawn to how many things have to come together in perfect harmony to make aerospace projects work,” says Hakim, whose father and brother are also engineers. “It’s not just technology, but operations and testing and every other little piece that has to combine, and they’re all critical.”

Upon graduation from Olin, Hakim deferred a job offer from Blue Origin to complete a yearlong Fulbright Scholarship in Colombia teaching English as a second language to engineering students at the National University in Medellin.

“My parents are Lebanese and emigrated to the States before I was born, and my mom was a teacher who tutored a lot,” says Hakim, who speaks four languages. “Growing up, language was important in our house, so I was excited to explore that element of my upbringing.”

After his Fulbright, Hakim began Blue Origin’s rotation program. He worked on novel machine learning algorithms for the additive manufacturing team and as a component designer on the company’s lunar lander engine. He later moved to Auris, a surgical robotics company, working there until they were acquired by Johnson & Johnson and Hakim was ready for something new.

“I spent a lot of time thinking about how to make an impact and see the effects of the work I was doing,” says Hakim. “Zipline, which operates the world’s largest automated delivery system, was the right balance of culture, work, and impact for me.”

Zipline uses 11-foot autonomous drones to ship medical supplies to rural areas worldwide; its largest international footprints are in Rwanda and Ghana. Hakim has been the company’s lead mechanical designer since May 2022. 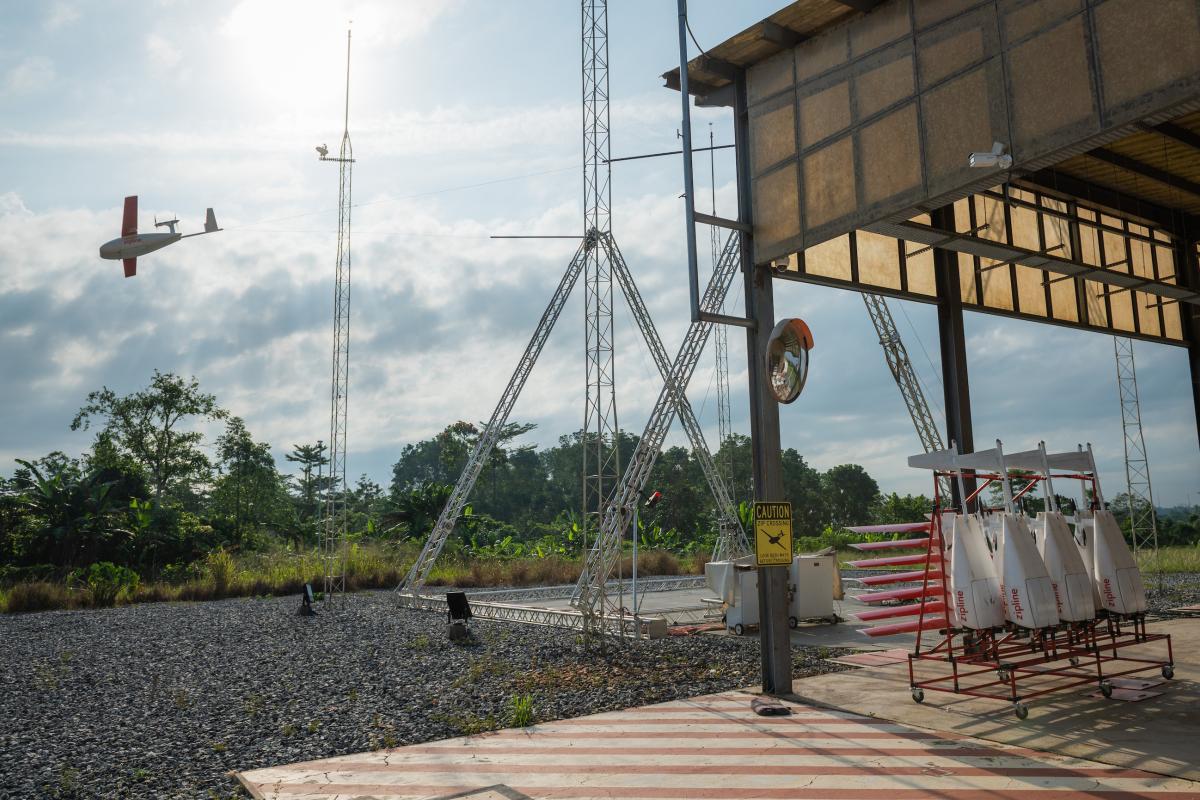 Zipline's drone-based delivery system takes off into the skies of Ghana to deliver supplies. Photo by Zipline International.

“Shelf life is critical with medical supplies, so your supply chain needs to be well defined to avoid waste,” he says. “We have multiple ‘nests’ or warehouses in each country where we store vaccines, snake anti-venom, and more, as well as launch our drones. We can cover most of Rwanda with two nests, and Ghana has six with more on the way.”

A drone-based delivery system works well in underserved areas because it doesn’t rely on much third-party infrastructure. For example, roads in Rwanda often get washed out during the rainy season, but Zipline is still able to power their national blood delivery network.

“I visited Ghana this past summer, and to get to the nest was a two-hour flight on a small plane and then a two-hour drive through the savanna,” says Hakim. “These are absolutely remote locations, and it really demonstrated how much Zipline has become a core part of the infrastructure.”

For Hakim, working at Zipline allows him to see the connection between what he builds and the impact on communities—a perspective he intends to keep throughout his career.

“Olin teaches you to design for the people and to do work that means something to you and to someone else,” he says.

“That foundation set me up in a way where I want to continue caring; otherwise, what am I doing?”