OCARC Students Tune in for the Community

Student members of the Olin Collegiate Amateur Radio Club (OCARC) have been putting their ham radio skills to use to help in the community this fall.

“The Boston Marathon is a premier ham radio volunteering event,” says Post, a first-year student who attended the Marathon for the first time this year. “Over the summer, Zach and Whitney sent out the form to get everyone signed up, and we were all excited to be accepted after they reviewed our amateur radio credentials.”

Once the team got the green light, Sherman took responsibility for coordinating the equipment they needed and making sure the students were completely prepared for race day. He programmed the radios per the list that Marathon organizers provided, as well as created a presentation for his fellow students to ensure everyone knew how to operate their equipment.

“The organizers drove home the point that if you mess something up even just a little bit—a dead battery or trying to operate on the wrong channel—then you can’t communicate, which means you can’t help,” says Sherman, who hopes to attain the next level of amateur radio licensure, as well as perhaps learn Morse code. “We wanted to be on top of everything.” 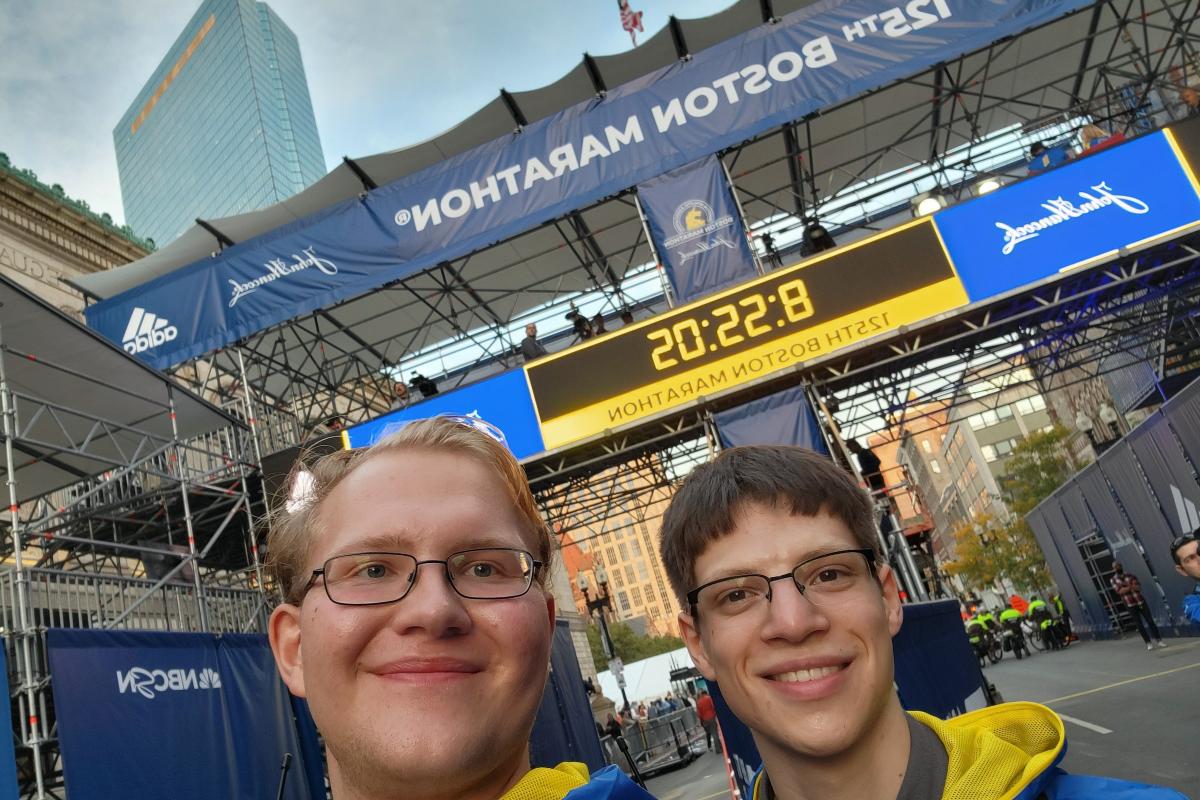 On the day of the Marathon, the team arrived around 5:30 a.m. and met up with the behind-the-scenes crew in a large ballroom to connect with their colleagues for the day. Sherman was stationed with a medic and driver of the sweep bus who helps assist injured runners. Mah was also part of the sweep team, as well as being on standby for calling EMS if necessary.

The remaining team members were stationed in the finish line area, with Bansal acting as communications assistant to the medic branch director, Tony Hawgood, and Post working with medical commander, Jeff Crosby. Lohmeyer helped the medical logistics director ensure everyone in the finish area had sufficient equipment, such as external automatic defibrillators, emesis bags, gloves, masks, and more.

“It was great experience—it really felt like ‘Boston,’” says Post. “It was surreal to see all of these people pushing themselves to their limits and to be one of the many people supporting them.”

Post also volunteered and was accepted to use his amateur radio skills later in the month at the Head of the Charles Regatta in Cambridge.

“The experiences were completely different, which was a lot of fun,” says Post. “The Marathon was action-packed with medical emergencies and lots of activity; at the Head of the Charles, I got to relax in a boat for eight hours and watch the rowers while I helped make sure people were in the right positions for the races over the radio.”

For his part, Post is hooked on ham radio volunteering and intends to do more of it in the future.

“I’m an Eagle Scout, and I love the environment of helping people,” he says. “Lots of people don’t realize that our infrastructure is multi-level, and if you lose cell phones for any reason, you have to go to the backup of radio communications. They’re the perfect way to communicate during important events.” 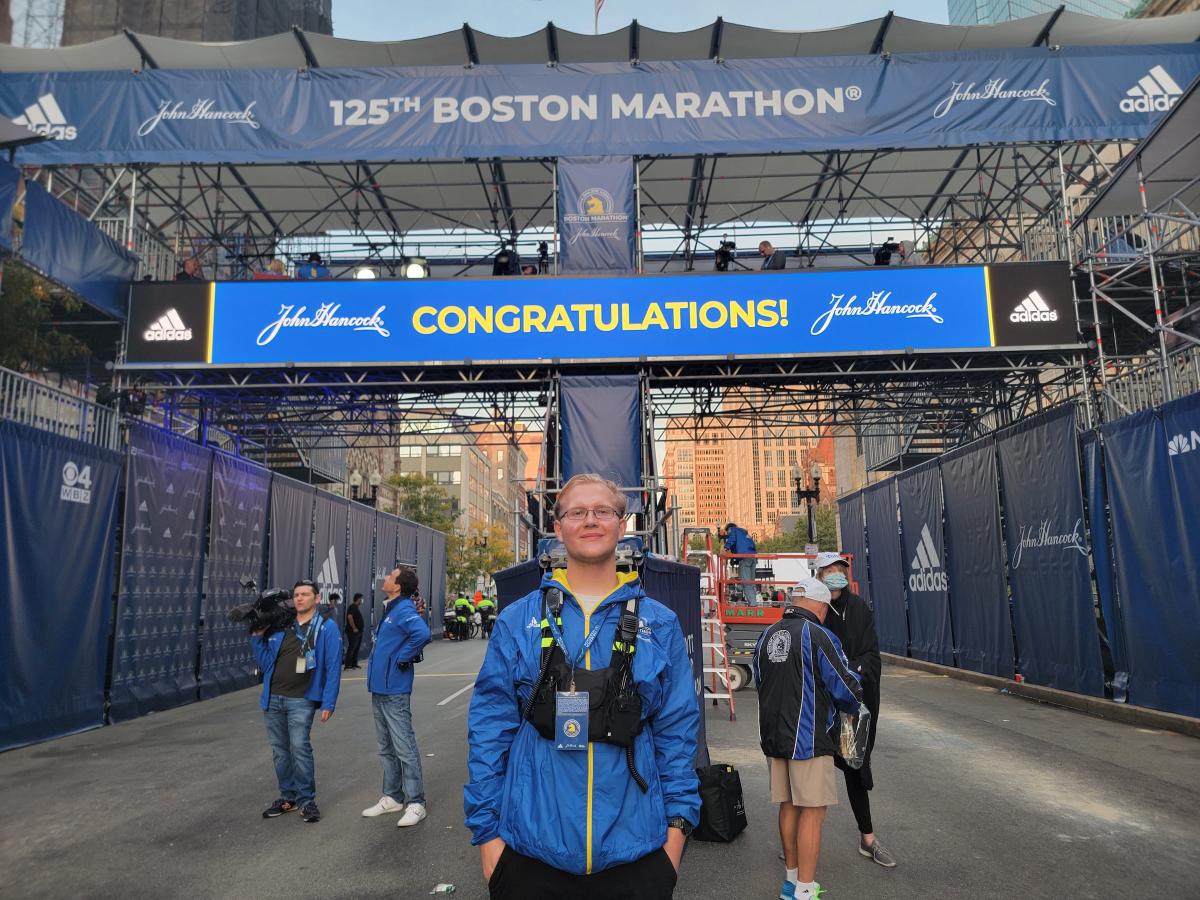 Phillip Post '25 poses at the Marathon finish line after the race.