From the Robotics Lab to the Wet Lab

Using a bootstrap mentality he learned at Olin, Andy Barry '10 is reinventing himself from successful robotics engineer to gene therapy research scientist. 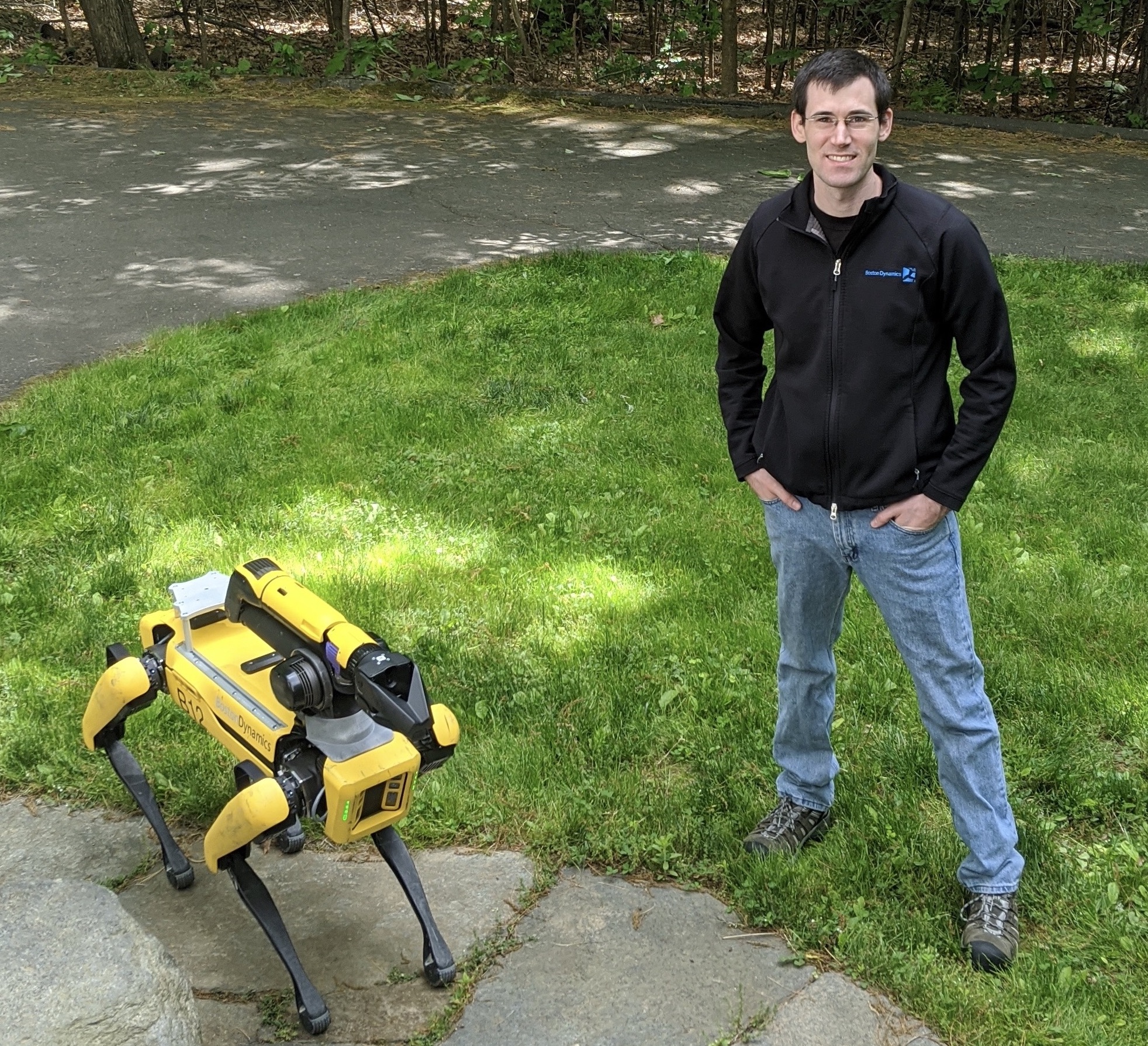 Barry grew up in western Massachusetts, where his innate love of computers and robots was fostered by his neuroscientist mother and engineer father.

“I’ve always been excited about engineering and science, and I loved to tinker with things that my parents would bring home from work,” says Barry. “When I learned about Olin, I was really sold on the project-based learning atmosphere, and I’ve been interested in that kind of work ever since.”

After graduating with his degree in electrical and computer engineering from Olin, Barry went directly into a PhD program at MIT in the Computer Science and Artificial Intelligence Laboratory (CSAIL). He entered the world of robotics research and began working on autonomous drones—specially fixed-wing UAVs (Unmanned Aerial Vehicles), which look like tiny airplanes.

“At the time, most people didn’t know what a drone was, other than the giant ones they saw on the news,” recalls Barry. “But by the end of my PhD, it was amazing how much more people understood. The advance in robotics knowledge was so swift.”

Barry spent much of his time working on collision avoidance software—trying to help prevent drones from banging into trees and other objects while in flight—a feature that has become commonplace on drones today. 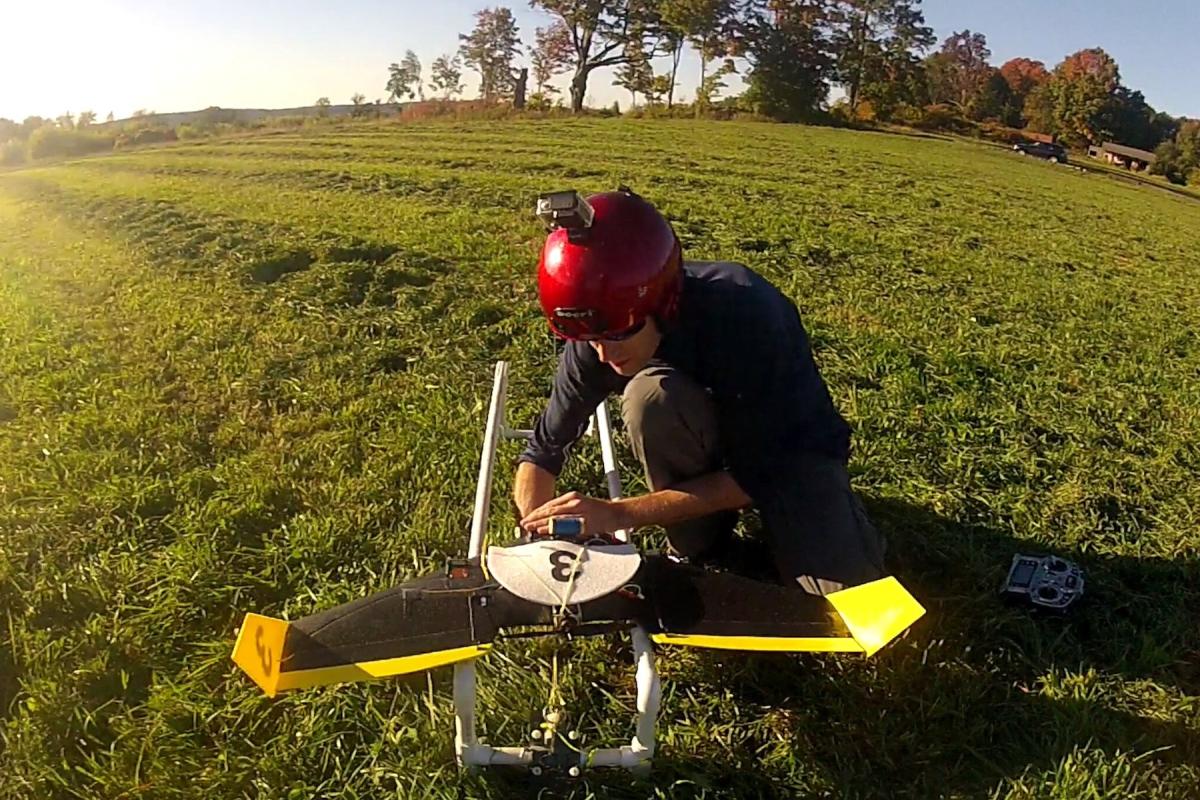 Andy Barry '10 sets up an autonomous drone to fly at some trees. He's wearing a ski helmet fitted with a camera so the team can document the result and analyze what happened if anything goes wrong.

After earning his PhD, Barry began working at Boston Dynamics, where he worked for five years on the now well-known Spot, a quadruped robot. Barry’s work focused on increasing functionality in the robot’s arm; he even became “YouTube famous” when a viral video of Spot featured him in the background.

“Much like my graduate work, it was unbelievable how quickly the robots improved over time,” says Barry. “Spot Classic was enormous and dangerous with wires hanging everywhere, and within five years it became something much smaller and much more like the product you see now that is on the market.”

After seeing Spot through the product lifecycle, Barry started considering what he wanted to do next. An avid reader of academic papers, he realized that some of the machine learning techniques he’d been using at Boston Dynamics were starting to take off in the biology industry—a class that Barry had taken and loved in his time at Olin. 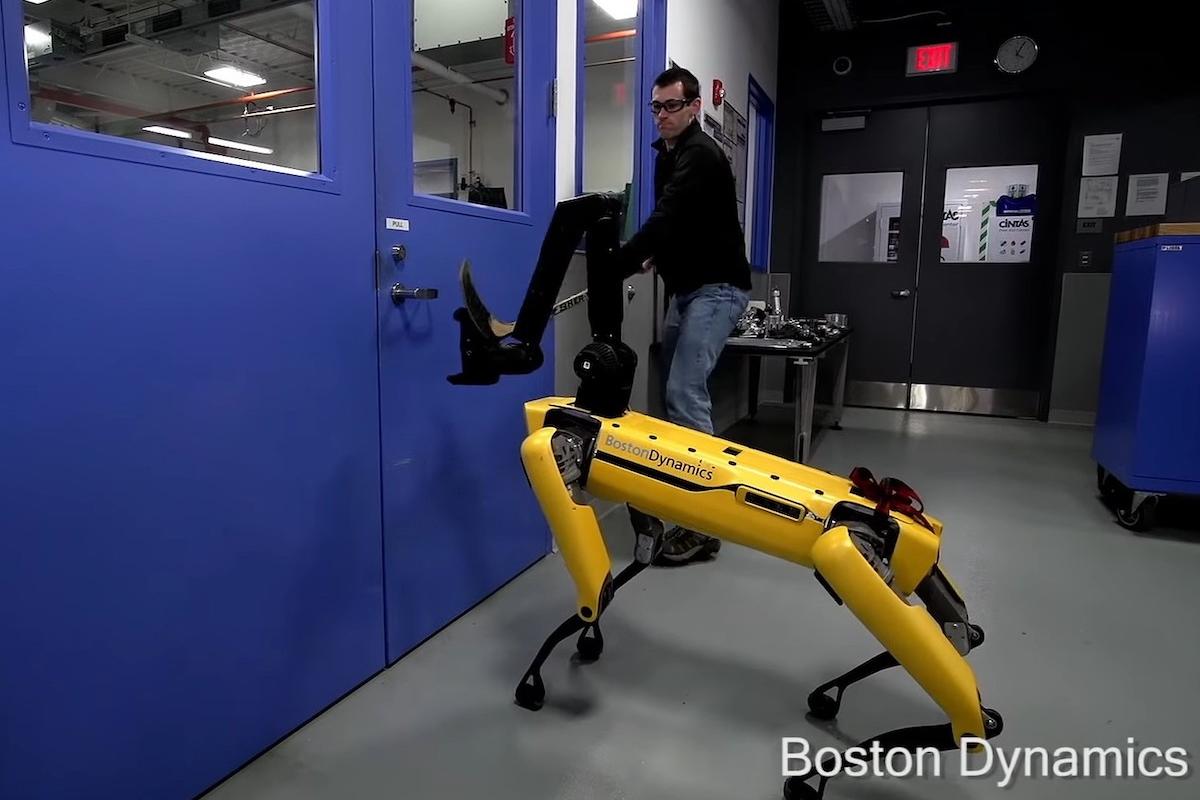 “I was really impressed with what researchers were doing, and I thought how cool it would be to work in that space,” says Barry.

“Plus, my wife is a geneticist, and I had just bought her a DNA sequencer for Christmas. We sequenced the bacteria in our own mouths, and I was just astounded at what’s possible now.”

Without any connections in the field, Barry began sending out applications. He found a good fit at the Broad Institute in Ben Deverman’s lab, where he is now a machine learning scientist working on gene therapy aimed at safely and effectively treating patients with severe genetic conditions.

“To make gene therapy work the way it’s intended, we have to figure out how to deliver a gene that is missing to the right place in the body and have it ‘stick’ to only the areas we want it to change,” says Barry.

“With my background in software engineering and machine learning, I can help automate a process to narrow down our options and guide our work to increase the chance of success.”

Barry has worked at Broad for only a few months, but he’s in the wet lab with his fellow scientists bringing a unique perspective to problem solving. 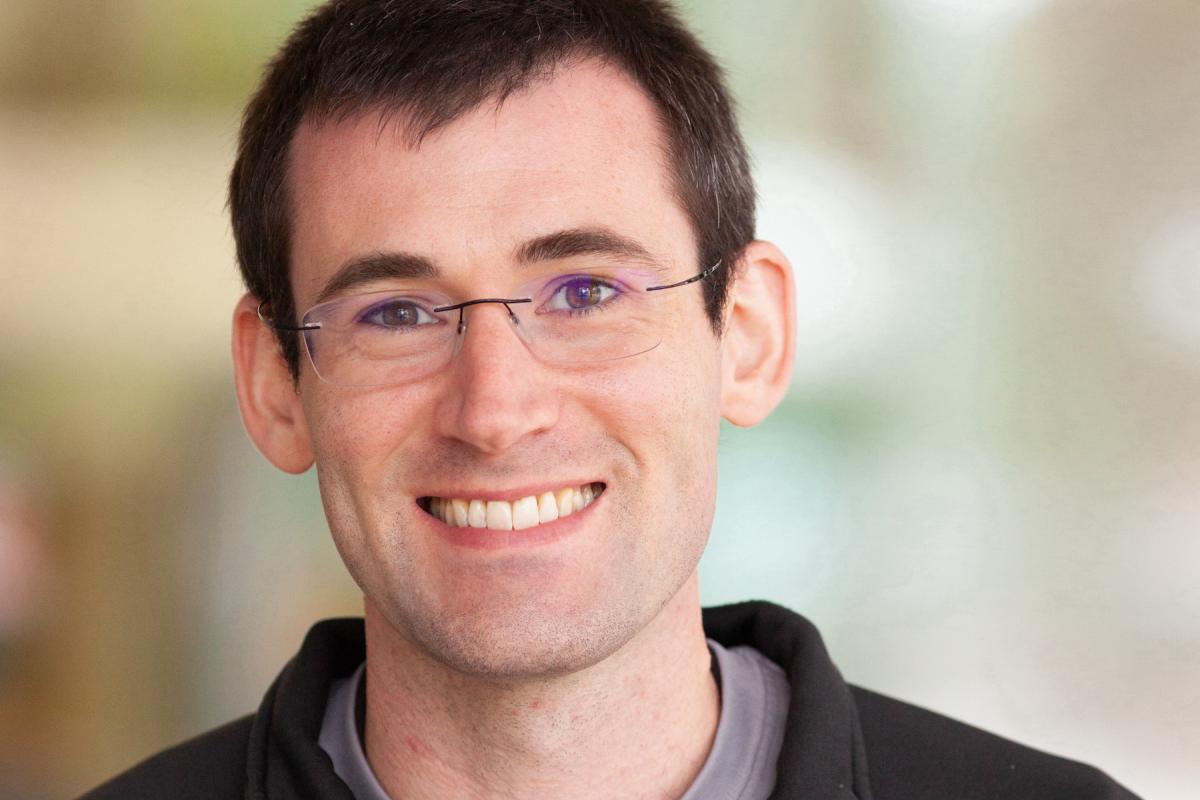 It’s been a wild ride, going from someone who was pretty senior in an industry to being kind of at the bottom again and learning how to do new things.

But this is a very ‘Olin’ thing to do—jumping in and figuring out how to teach yourself to do something you’ve never done before."

“It’s been a wild ride, going from someone who was pretty senior in an industry to being kind of at the bottom again and learning how to do new things,” says Barry. “But this is a very ‘Olin’ thing to do—jumping in and figuring out how to teach yourself to do something you’ve never done before.”

Barry looks forward to working and growing in his new role, as well as continuing to tinker with his at-home DNA sequencer.