Turning toilet water into drinking water may not sound all that appetizing, but, according to assistant professor of mechanical engineering Emily W. Tow, it may be one of our best hopes for solving the world's water shortage.

“There are a lot of places where it could significantly alleviate the stress of water scarcity,” Tow says.

Recycled wastewater has been shown to be sanitary and even exceed America’s state and federal drinking water standards. “I’ve had it and it tastes great,” Tow says.

It’s already more efficient than desalinating seawater, which is the much more common approach governments have used to cope with droughts and low rainfall.

But Tow believes recycling wastewater can be made even more eco-friendly so that its appeal and low energy costs will overcome whatever queasiness the public might feel about drinking water that was once mixed with human waste. 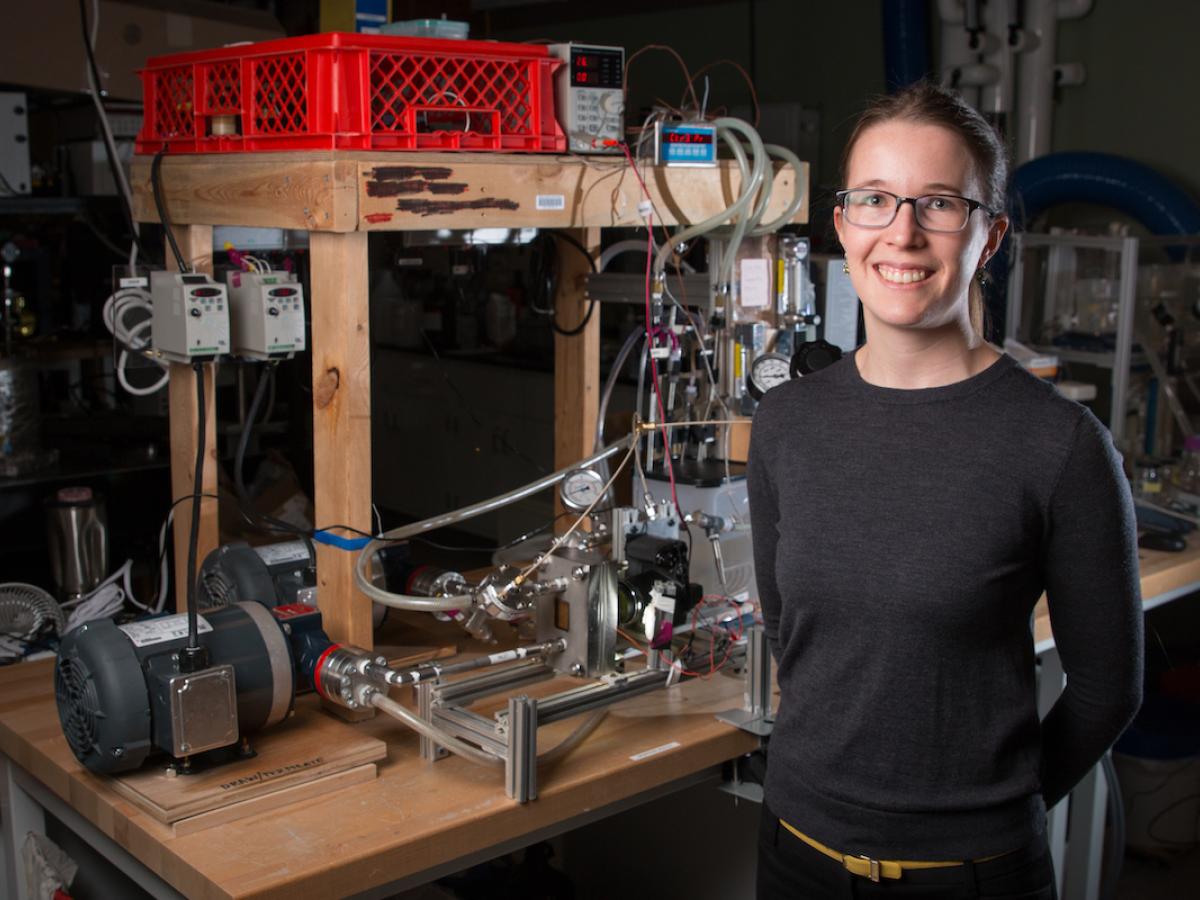 Emily stands with an experimental desalination system she created to study membrane fouling. Photo by Tony Pulsone from MIT.

“The minimum amount of energy to treat wastewater is so much less than what we’re currently using to desalinate seawater,” Tow says. “I’d like us to shift from seawater to wastewater and then do wastewater even more efficiently.”

The technology to recycle wastewater was first used in Namibia in the late 1960s. It didn’t gain a real foothold in the United States until 2008 when Orange County in California built a water purification plant that transformed municipal wastewater from toilets, showers, sinks, and gutters into 100 million gallons of drinking water a day.

In total, around four million Americans, mostly in the southwest and California, currently drink recycled municipal wastewater. It is also used in industry and agriculture.

And yet, seawater desalination is far more energy-intensive than wastewater reuse. A recent study found that desalination’s carbon footprint was three times greater than recycling wastewater.

Even though it may seem cleaner, seawater has many more molecules than wastewater that need to be strained out to make it drinkable, says Tow. “Energy consumption is roughly proportional to the number of individual particles in the water.”

Tow’s research focuses on the reverse osmosis membranes used to filter microbes, salts, and toxins out of wastewater. These membranes are 1-meter-long spirals that split the flowing wastewater into two streams -- one pure enough to drink and the other full of waste products.

Inevitably, gunk in the form of bacteria and other microbes in the water adheres to the membranes. Dirty membranes require extra energy, so Tow is looking to better understand the buildup of this gunk known as “fouling” in order to redesign membranes and treatment processes.

She also wants to use thermodynamics to improve the design of wastewater recycling systems so that less energy is needed. With the students in her lab, she is currently testing whether a new configuration of reverse osmosis for wastewater reuse could use less energy and resist fouling.

“I would love to see wastewater reused in any place where the lack of water produces economic or environmental stress,” says Tow. “Any place that’s considering desalination of seawater should first look into reusing their available wastewater.”

Tow originally got into engineering hoping to be an industrial designer so she could “do math and also make things.”

She received her undergraduate degree and PhD in mechanical engineering from MIT, with a minor in art. Although her engineering interests steered away from design, she continued making art: drawing, painting, ceramics, sculpture, and performance art. Recently, she’s been using recycled fabrics to create abstract soft sculptures.

“I like making things that are colorful and weird and you want to touch them,” she says.

One of her current projects with a student involves studying how effective quilts and other methods of recycling textiles can be as thermal insulation.

In graduate school, Tow thought her art would have to become a hobby while she pursued her academic career. Instead, Olin has given her an opportunity to combine engineering and art in her work. “I never imagined I could work at a place that valued both of those things,” she says. “It’s why I love being at Olin.” 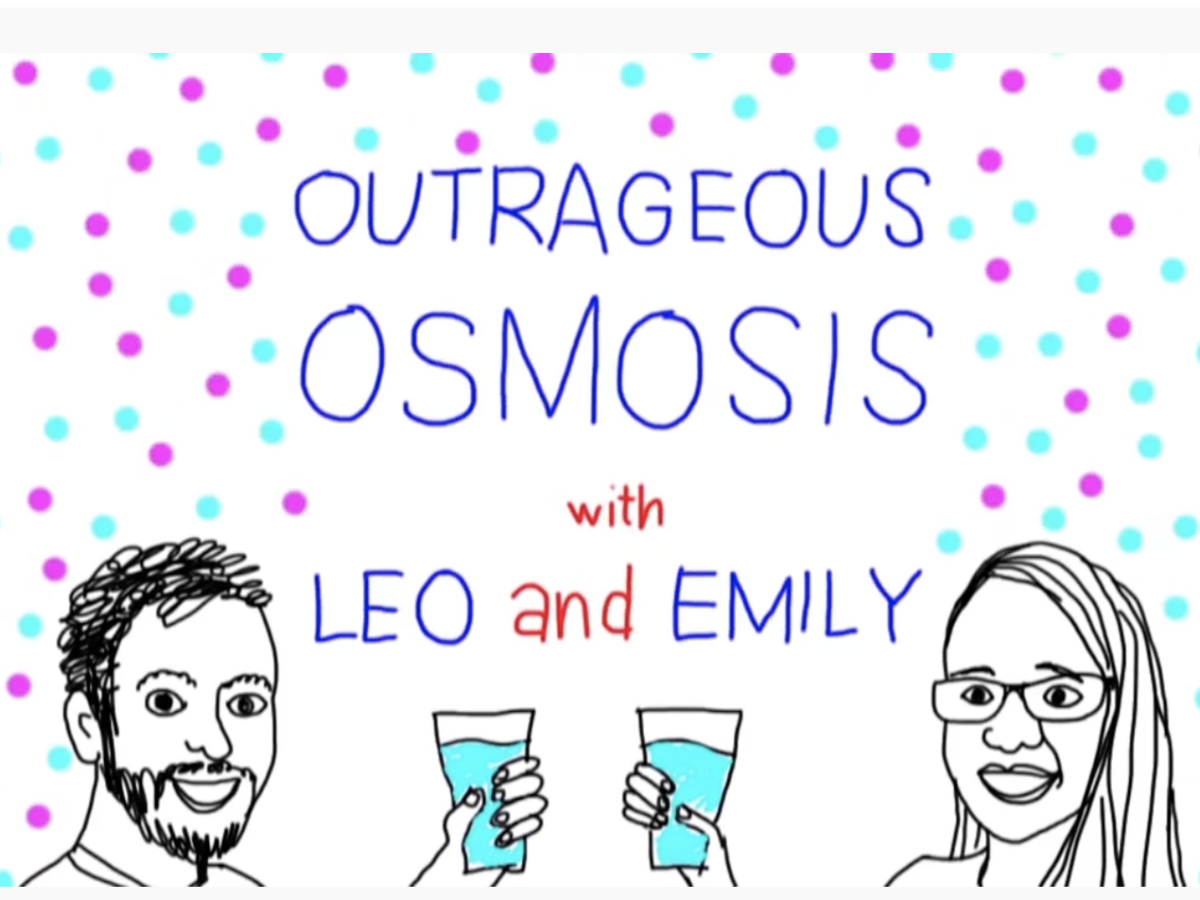