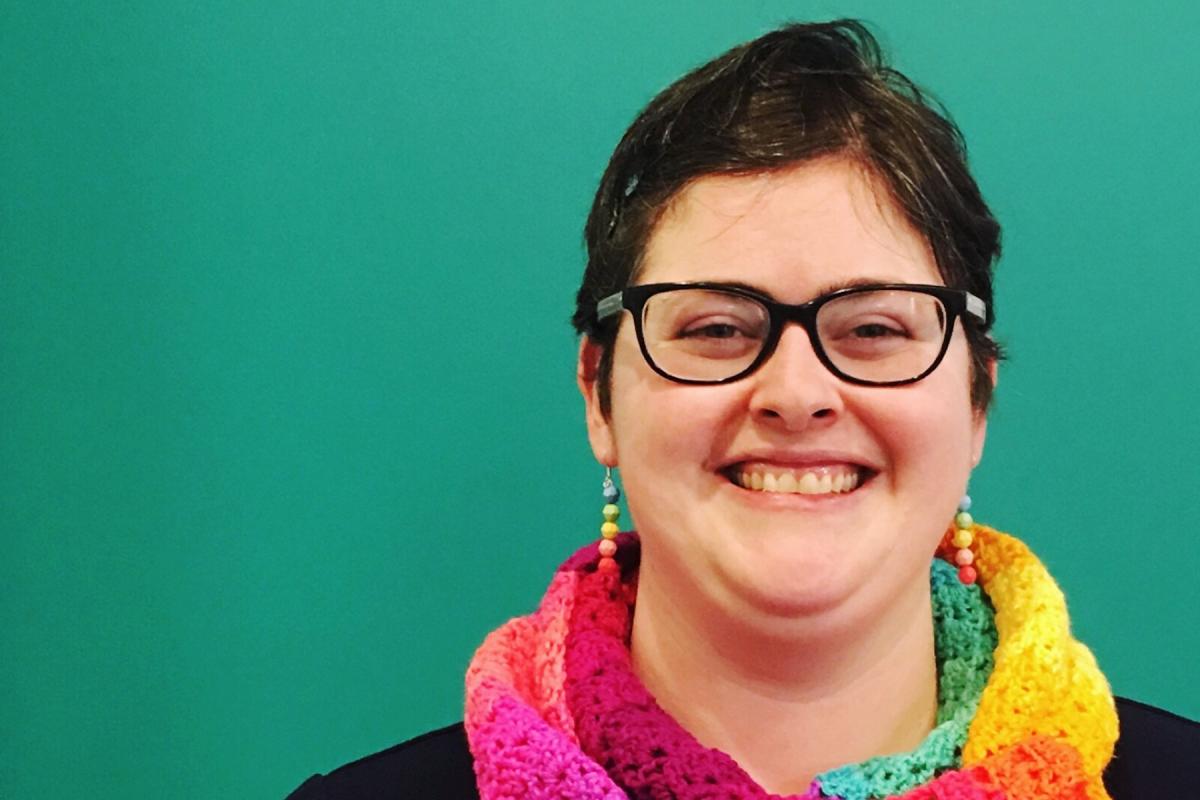 While attending a math and science magnet high school in Fairfax, Virginia, Julianna Stockton ’06 had a hard time choosing which of her favorite STEM disciplines to follow in college.

“One of my teachers told me that if I studied engineering, then I wouldn’t have to choose—I could combine several of them together,” says Stockton. “It seemed like the perfect solution.”

Stockton was part of Olin’s very first class—so new, in fact, that she had the rare chance to participate in Olin’s “partner year” in 2001 in which 30 students were invited to have a hand in designing the school, from serving on curricular committees to establishing the student government.

“The opportunity to participate in the partner year was particularly exciting,” says Stockton. “To have a say in what happened to me over the next four years was such a unique experience. I got to pilot some interesting interdisciplinary course modules, worked closely with the math faculty, and helped write the Honor Code.”

When classes began in earnest, Stockton pursued a mechanical engineering major—though towards the end of her time at Olin, she and a handful of her peers became “wannabe math majors,” taking advanced courses at Wellesley College and studying mathematics abroad for a semester in Budapest.

While many burgeoning engineers talk about their lifelong love of LEGOs or taking apart the family lawnmower to see how it worked, Stockton instead remembers lining up her stuffed animals to play teacher. She had always considered it to be a second career option, but Olin professor Sarah S. Adams clued her into the existence of the math education field.

“I started thinking that if this is what I’ve always wanted to do, why not do it first?” says Stockton.

After graduating from Olin, she ended up in a master’s program at Teachers College, Columbia, which turned into earning her PhD in Math Education. With a passion for advanced math content, Stockton began looking to teach in a college-level math department, but only if it was the right one.

“I wanted to be at a place that cared about teaching & learning, which is something I learned at Olin,” says Stockton. “Coming from an undergrad-only school, I had gotten so much attention and time from the faculty, and continuing that mindset was really important to me.”

Stockton ended up at Sacred Heart University, where roughly half of the math majors she taught were interested in becoming high school teachers.

“I began to see the potential for broader impact in teaching first-year students who wanted to teach math to kids,” says Stockton. “I cared about my students, but also their future students, to whom I’m ultimately accountable.”

After seven years at Sacred Heart, Stockton had received tenure and was creating an engineering program at the university when in 2016, another Olin professor happened to send her a job description that took her on a new path.

“High Meadows Graduate School of Teaching & Learning was a brand-new school, and I became their first Faculty Mentor in Mathematics,” says Stockton. “They didn’t even have students when I joined! Similar to my partner year at Olin, I helped design the curriculum for and teach in a competency-based program that prepared math and science high school teachers.”

Now the school’s director of program design, Stockton is currently leading the development of a new, fully online competency-based Master of Education in Justice, Equity, Design, & Innovation. This shifts the focus from pre-service teachers who need their licensing to practicing teachers who want to go deeper in their pedagogy.

“Olin was a place where I was given the chance to build a lot of new things with autonomy and creativity,” says Stockton.

“At High Meadows, I get to stretch those muscles. We incorporate user- and human-centered design when we create these programs, grounding the curriculum in the science of learning and prioritizing equity and justice.”