Are you the type of person who likes to explore new places? Who finds thrill in discovering a small, “hidden” spot? Who doesn’t feel complete 'til they know all there is to know about the attractions at their school? If so, this is going to be a very fun read for you.

Hey everyone! It’s Prisha (pronouns she/hers) again, an incoming second-year, and today we’re going to talk about my favorite spot at Olin! I could very easily say that it’s the Shop, or the LPB (Large Project Building), or the Dining Hall, but those seem cliché. Like, I’m more than positive that all of those are going to be prime destinations on any tour, or hot topics for any conversation.

Not really, it’s not magical or anything, but it’s still relatively hidden.

“What’s hidden?” you may ask. “Prisha, get on with it, you’re not good at this!” I know, it’s called building suspense.

So, in the library, in the exact place I just described, lies a little nook. It’s really small, but it has two chairs and a beanbag, and it’s a super nice place to just…be one with yourself. That made no sense. It’s basically just a quiet area, in a library, with a chair and an outlet. It doesn’t sound super impressive on paper, but if you’re anything like me in the fact that you sometimes just need silence, that’s a pretty good place for you. 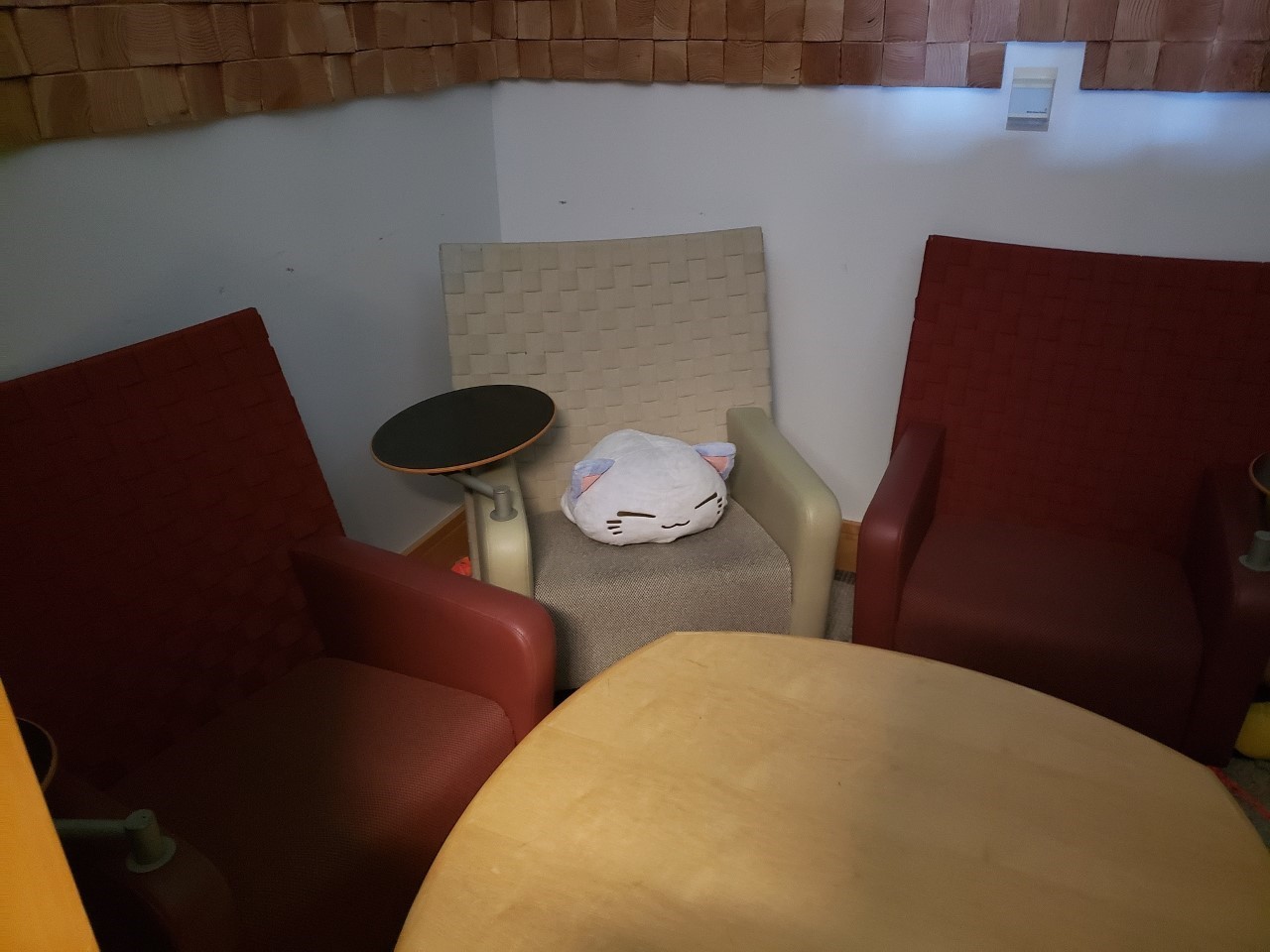 Here’s a picture of the nook! Pretty cozy, right? 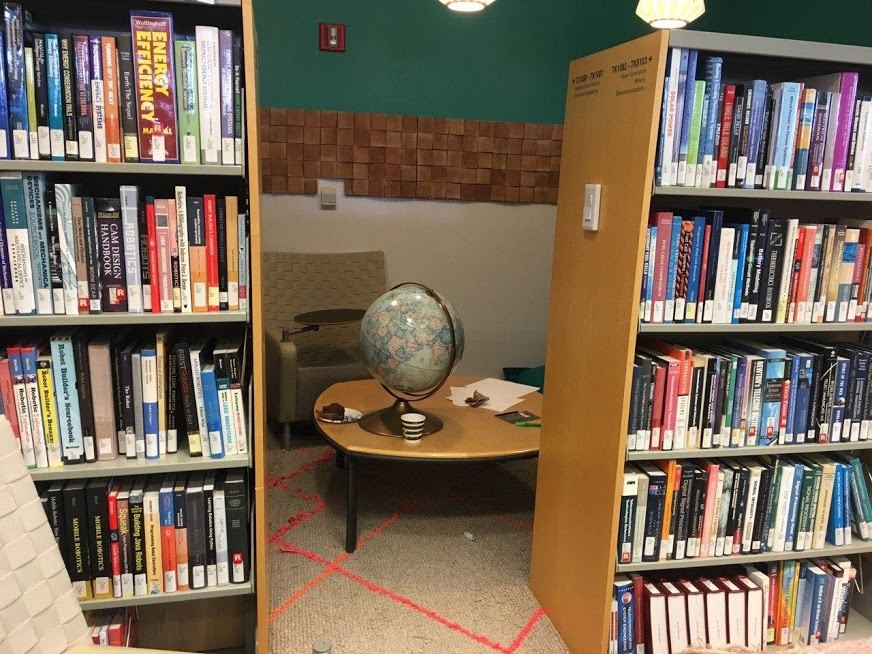 A picture of the nook from the outside: "Hidden"

I did some of my best work there. (Quick story: I took the Writers’ Workshop class during my first semester, and we participated in NaNoWriMo, also known as National Novel Writing Month. Basically, we had to write a book in a month. Daunting, right? Mildly. Moderately. Okay yeah, it was kind of terrifying. Our goal was to reach a certain word count by the end of the month, and in order to do that, we had to write a certain number of words a day to keep ourselves on track. I did that super well for a while, was totally on top of things, it was great. And then I got super busy. And couldn’t write as much every day. So now, here comes the end of the month, and I’m not even close to having a finished product. So of course, I did what I do best – clutch. I took my laptop, some water, and some snacks to the nook, plopped myself on one of the chairs, and just wrote. There were no outside world distractions, it was just me, surrounded by a bunch of books and pretty lights, and my laptop. I was so focused on the writing, my friend had to bring me dinner. And by the end of the night, I finished a draft of the book. It was kind of crazy). 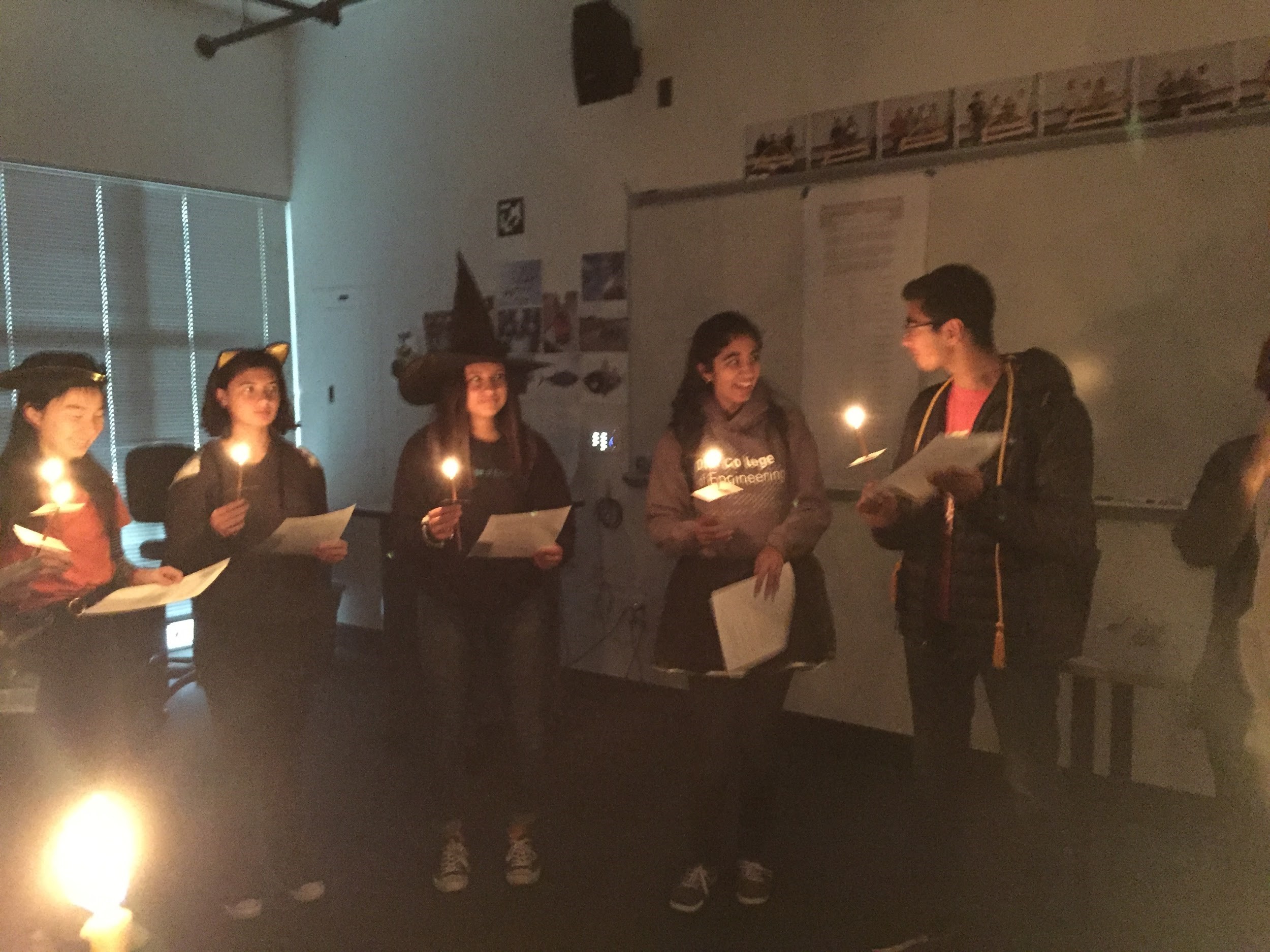 We did a “ceremony'' at the beginning of the month where we declared how many words we’d write. With costumes and chants and lights in a dark room and everything. Pretty snazzy, right?

I’m not sure how exciting a book nook might be to normal people, but if that’s not something that interests you, then the entire library is also there to keep you busy. It’s literally packed with stuff, from tools, to 3D printers, to a vinyl cutter, to a bunch of other things I can’t even think of right now. Books are there, too, but I wouldn’t say they’re the main attraction. SLAC (Stay Late And Create) events are also hosted in the library. For those of you who don’t know, SLAC events are student- and faculty-hosted and can vary from origami, to CAD (Computer-aided design) tutorials, to conversations about current events, to basically anything you can think of. Anyone can host a SLAC event, and they’re great ways to get out of your rooms and meet other people in the community! Honestly, I think the library is one of the most social places in the school, contrary to most libraries. It’s a real hangout spot. 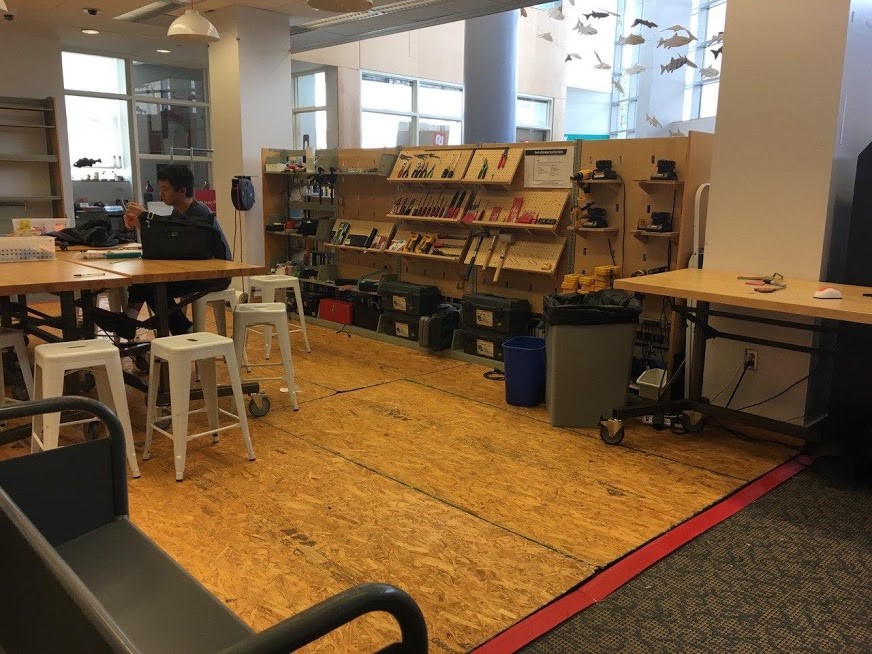 Remember when I said books weren’t the only highlight of the library? This is what I meant.

Okay, well this droned on for a while, but that’s all for today. Maybe you’ll hear from me again at some point, we shall see! 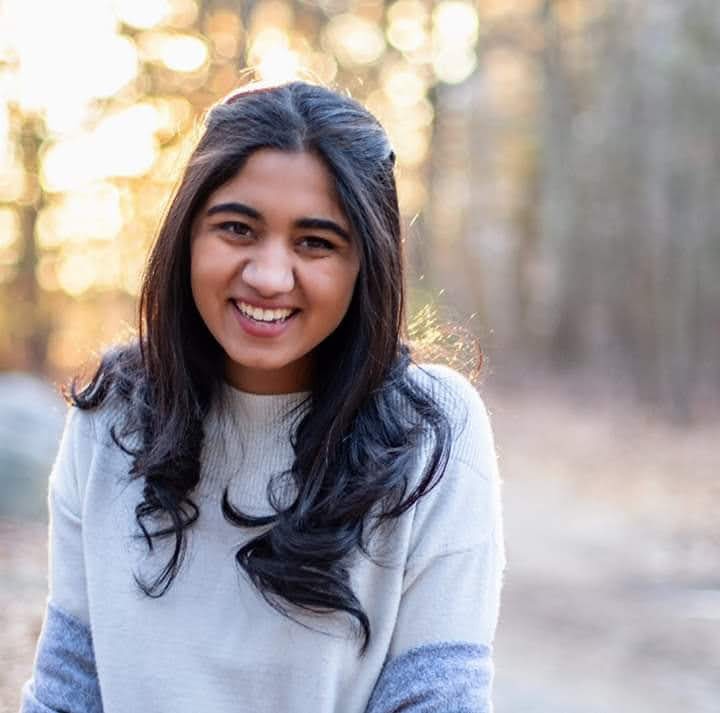