Transmitting these two types of waveforms through the same device requires amplifying communication signals in a high-distortion regime that compromises signal integrity. The goal of the Raytheon-Olin SCOPE team was to identify pairs of communication and radar waveforms that could be superimposed through a single nonlinear amplifier while still fulfilling primary communications and radar functions. The team investigated candidate performance using hardware experimentation and industry-standard simulation. The results of this study begin to define the conditions for successful simultaneous communications and radar transmission through a single non-linear amplifier. 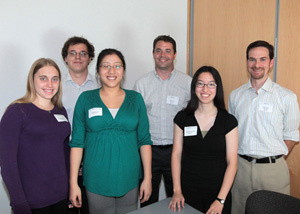