Currently, 75% of lung cancer is diagnosed after it has already reached stages III or IV and the 5-year survival rate is less than 15%. Diagnosis involves several steps. Low-dose computed tomography (CT) scans show physicians any dense area of tissue, or lesions, in the lungs. If the lesion has a high risk of being cancerous, the physician takes a biopsy of the tissue in the lesion by delivering forceps or a biopsy needle through a catheter to reach the lesion. However, it is difficult for the physician to be certain that the biopsied tissue is from the lesion or from surrounding tissue.
The Boston Scientific-Olin SCOPE team is exploring a non-traditional lesion detection method to address this issue. The team is testing this method on different tissue models and investigating multiple mechanical designs for the system. During the second semester, they will develop and test a prototype that uses this alternate method. 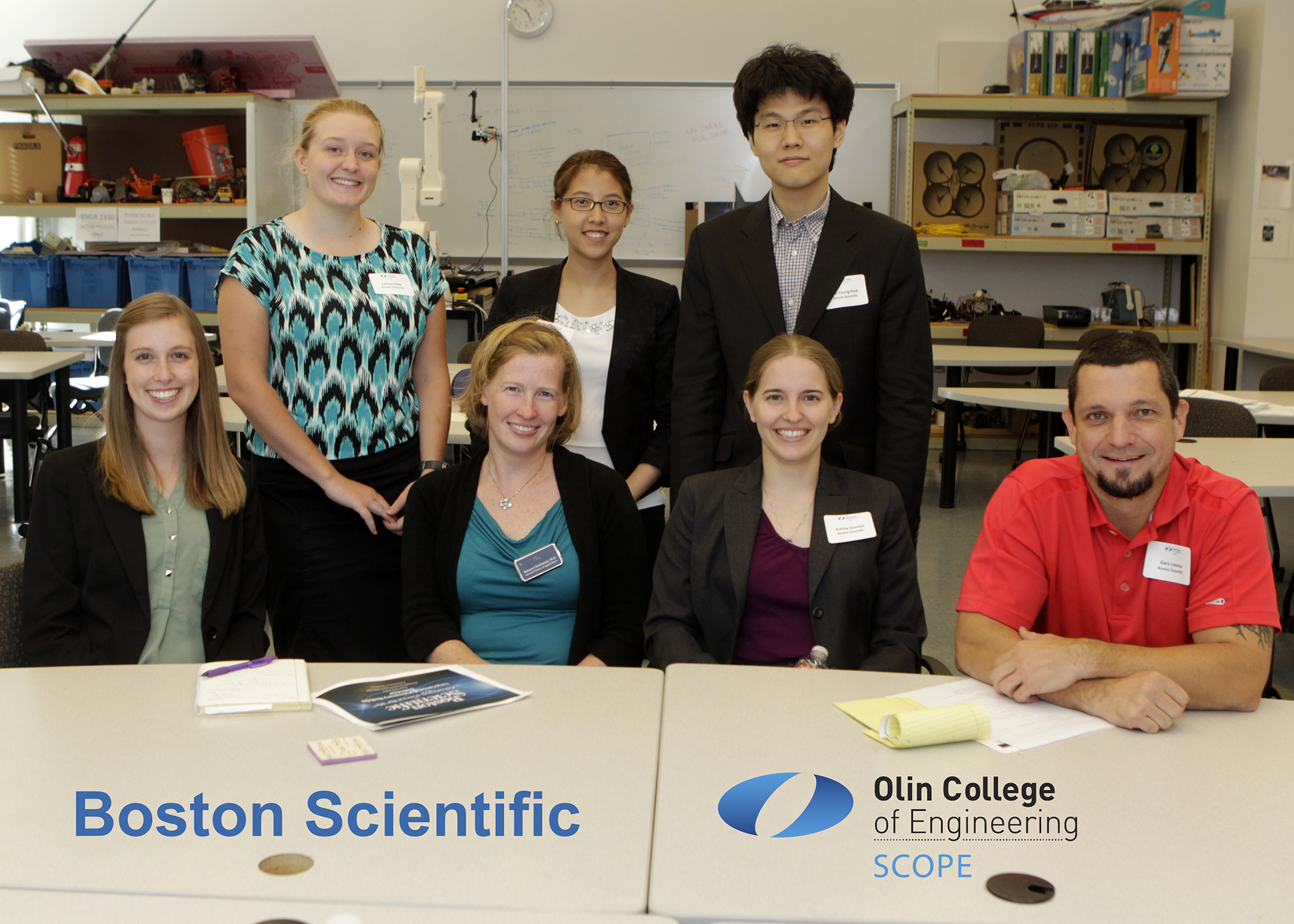