A student-led team from the Olin Satellite + Spectrum Technology & Policy (OSSTP) Group is working on an easy-to-ship educational model of a small satellite, or SmallSat, geared towards K–5 students around the world.

“We had an idea over the summer to develop a toy-meets-educational-kit that allows elementary school children to build their own satellites,” says Whitney Lohmeyer, assistant professor of engineering and head of the OSSTP Group. “Using SolidWorks, the students took the idea and designed cardstock patterns that kids can cut out, color, and assemble as part of understanding satellites and how they work.” 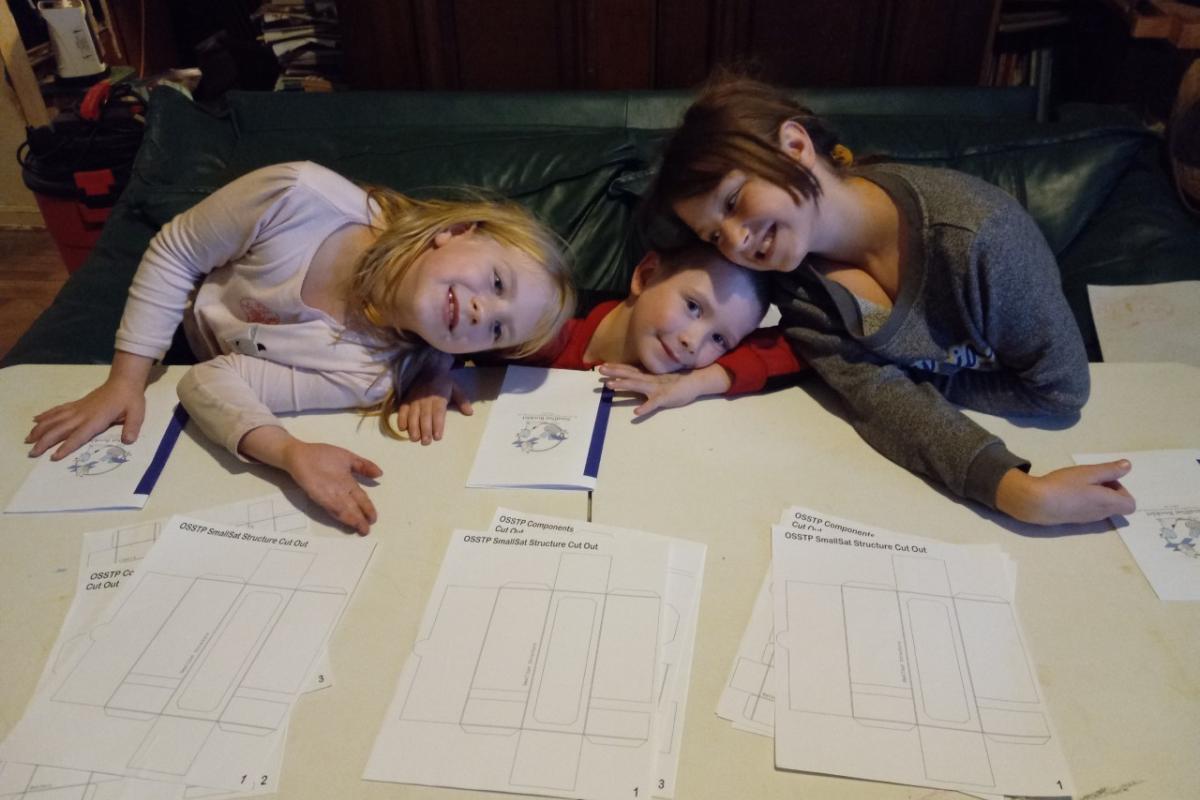 Lillian Shoemaker-Conover’s three younger siblings, who range in age from kindergarten to 4th grade, pose for a photo after serving as beta testers for the project. They offered insights as they created and assembled their own SmallSats over the Thanksgiving break.

Lillian Shoemaker-Conover ’25 serves as the project lead for the team, which also includes Angela Huang ’26, Amanda Chang ’26, and Bernard Adjei, who is a postdoctoral student working with OSSTP.

“We needed the kit to be easy to manufacture and cheap to ship, so it had to fit in an 8.5”x11” envelope,” says Shoemaker-Conover. “We include a booklet that describes what SmallSats are and the different subsystems they have, which can also double as a coloring book. We also give them a kind of Mad Lib so they can create a mission for their satellite. We wanted everything to be very interactive.”

Shoemaker-Conover’s three younger siblings, who range in age from kindergarten to 4th grade, were happy to be beta testers for the project. They offered insights as they created and assembled their own SmallSats over the Thanksgiving break.

“We’re in the testing and tweaking phase to get more feedback before we send these out on a larger scale,” says Shoemaker-Conover. “We want the kit to be as accessible as possible for kids, so we’re trying to make it universally understandable so everyone can approach it from their level.” 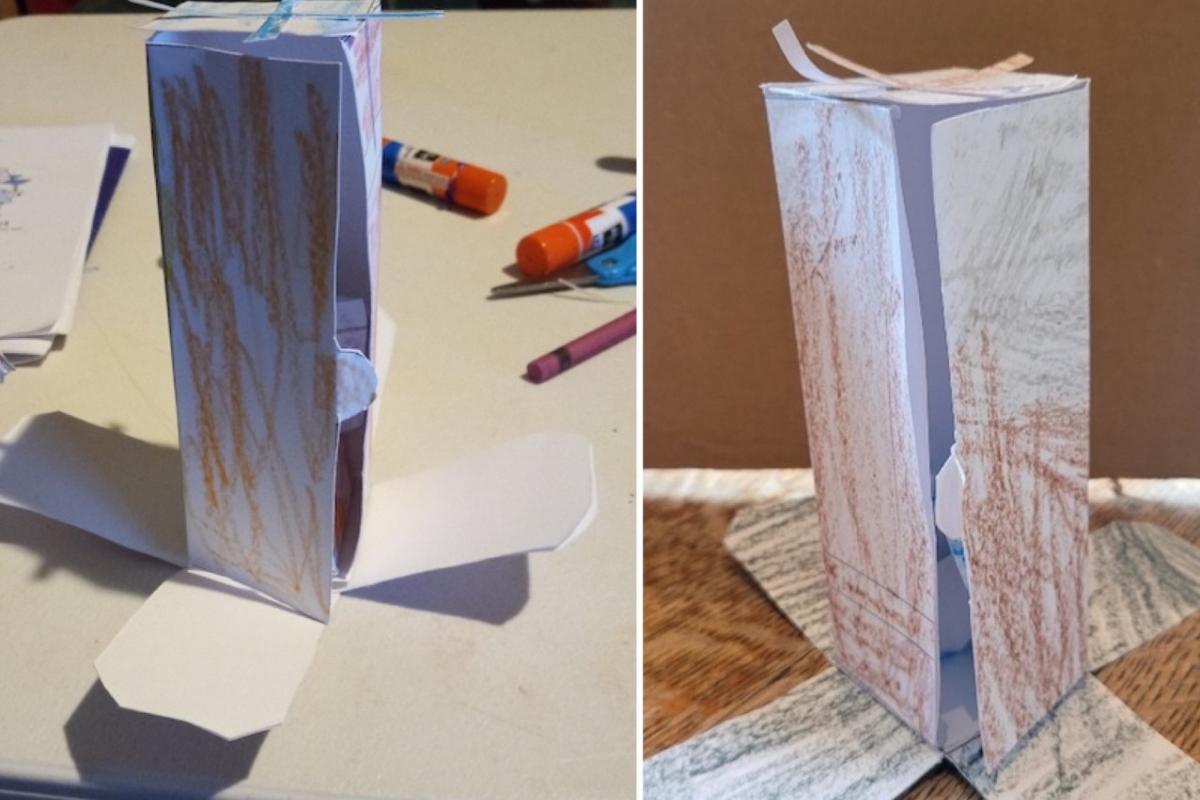 Two of the three SmallSats assembled by Lillian's siblings. (The second grader's build on the left and the fourth grader's assembly on the right).

Over the winter break, Adjei will be taking some of the SmallSat kits to his home country of Ghana for more testing. Meanwhile, Shoemaker-Conover is working on scheduling demos at schools close to Olin’s campus in the spring, as well as perhaps up and down the East Coast next summer.

“For a project that just got started last semester, I am really happy with our progress,” says Shoemaker-Conover. “At Olin and especially with OSSTP, the amount of control we have in taking the reins of a project is different than anything I could have imagined.”

While the team is still thinking about a broader roll-out plan, the goal is to eventually launch the SmallSat educational kit so it can be shipped easily in the United States and abroad. To increase equity and access, they’re also considering a “buy one, give one” model in which purchases will help subsidize free kits to be sent to children in high-need communities.