Hi! I’m Arwen, my pronouns are they/them, and I’m a junior studying Engineering with a concentration in Experience Design. However, I wasn’t always interested in design—in fact, when I was in high school, visiting Olin at my Candidates’ Weekend, I wasn’t interested in engineering at all!

If you don’t know, Candidates’ Weekend is part of the Olin admission process where you get to experience first-hand what Olin is really like. You meet faculty and current students, experience some of the student life, and participate in a design challenge and an interview. It all sounds like a lot, and it’s very common to be nervous during Candidates’ Weekend. However, I wasn’t very nervous, because I honestly didn’t know if I really wanted to come here.

I had been applying to medium-to-large-sized schools in urban areas to study biology and art—biology because I was drawn to animals and was interested in how ecosystems worked, and art because I’d always been teeming with creativity. But neither felt like a perfect fit, and what I really wanted was to do something new and impactful that combined them, like making prosthetics for animals, or drawing what prehistoric creatures may have looked like. I was almost done with college applications when our Christmas Day dinner plans got cancelled last-minute. I ended up working on said applications, happened to revisit Olin’s website, and applied on a whim. I was intrigued by the project-based learning and the real-world impact students could have through their work in courses like ADE (Affordable Design and Entrepreneurship, a capstone class some Oliners take where they get to work with real communities all over the world), but I didn’t think I wanted to go to a small school in the suburbs to study a completely different major than I thought I wanted. I was an art kid who liked weird deep-sea animals—why would I want to go to a tiny school in the middle of nowhere full of a bunch of left-brained robotics kids?

So, when Candidates’ Weekend arrived, I wasn’t nervous about trying to impress the admission team—I wanted them to impress me. However, I was nervous about the prospect of having to work on a team with a group of people who I thought of as “real” engineering students. My experience with “team” work in high school had been excruciating—no one, including myself, was ever interested in the project, or even wanted to be there, and people rarely communicated with each other or shared the workload evenly. I’d never had a teaming experience in school that I hadn’t hated, and now, not only would I have to work with other students, but I’d have to be doing it with people who were probably way smarter and more qualified than me, who would think I was some “weird art kid.” No Thank You.

But when I came to campus and started talking to the other Candidates, the students, and even the faculty, I realized that my fears couldn’t have been further from the truth. Although my teammates did have more traditional engineering backgrounds than I did, they were by no means “smarter” than me, and we worked really well together! I didn’t feel like a misfit or judged at all for my lack of familiarity with traditional engineering stuff, and I had a BLAST during the design challenge.

Yes, a ton of Olin students come from an engineering background (“only” 66% of my class participated in robotics teams in high school), but a lot of Oliners haven’t! Furthermore, Olin’s curriculum has lots of room for the arts and humanities, although admittedly not quite as much as I would like. Olin was founded to transform engineering education, and part of that process involves teaching students interdisciplinary work—work that transcends or combines traditionally separate fields, like engineering and biology and art. So if you’re coming into this year's virtual Candidates’ Week thinking “I don’t know as much code/robotics/engineering as these other students, so I might not fit in here,” don’t worry about it. By getting to Candidates’ Week, you’ve already proven you have what it takes to succeed at Olin from a technical and academic standpoint, engineering background or not, and Oliners have lots of interests outside of engineering.

My advice for Candidates’ Week is to be as open about yourself and your interests as you can, and to just have fun. Even though my application to Olin was incredibly spontaneous, and I hadn’t even considered engineering until I applied, I’m so, so happy that I ended up here, and the biggest reason I decided to attend Olin was because of how much I liked Candidates’ Weekend. You might decide that Olin isn’t for you, and that’s okay too! But don’t discount Olin or feel nervous just because you don’t have a traditional engineering background, because, well—Olin is far from the traditional engineering school. 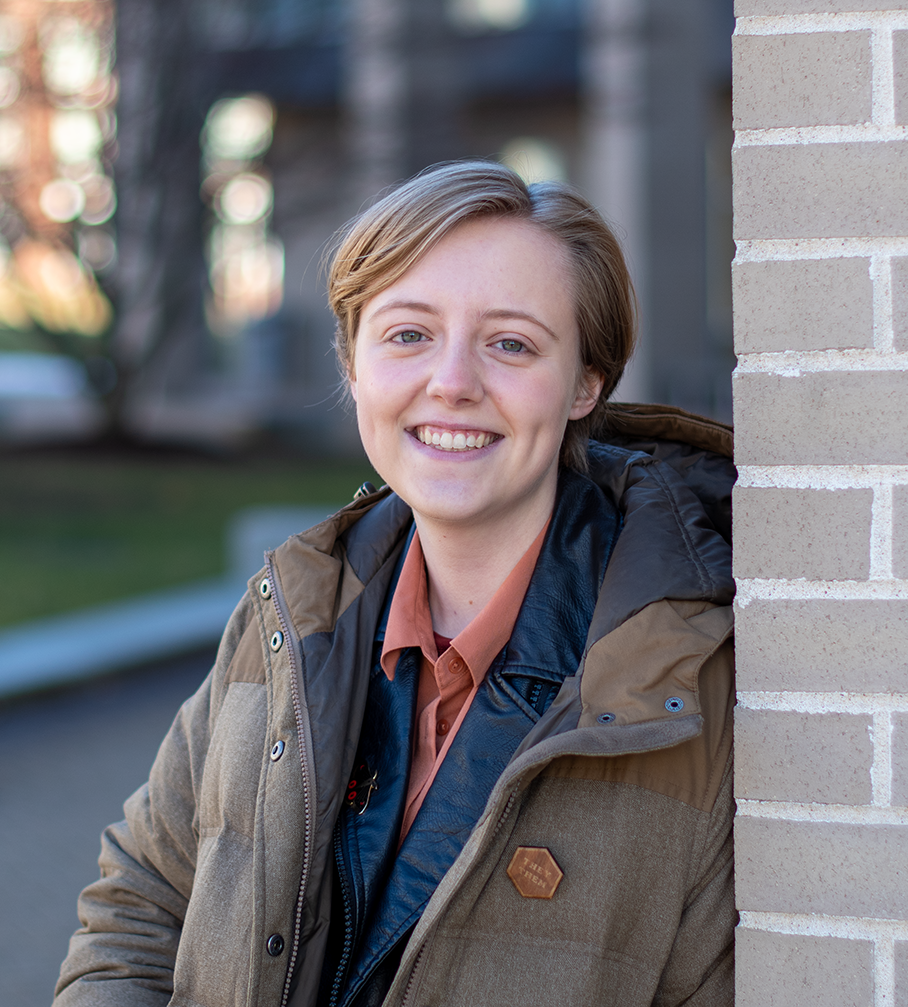 Arwen Sadler ’22 is studying Engineering with a concentration in Experience Design and loves overly-complicated board games, spending way too much time in museums, and writing.