Unmanned ground robotic systems have replaced humans in performing many hazardous missions in our country's current conflicts. These systems are largely teleoperated today, but will become increasingly autonomous. One possible role for future semi-autonomous ground robots is leading convoys of human-occupied vehicles. Inexpensive and accurate position and orientation detection of the lead craft are desirable to control the semi-autonomous vehicle.

The MIT Lincoln Laboratory SCOPE team developed an affordable prototype system for the lead and follow vehicles to enable accurate control of an autonomous leader robot. This system integrated a variety of sensors in order to provide reliable and accurate position and orientation data.

This work was sponsored by the Department of the Air Force under Air Force Contract FA8721-05-C-0002. Opinions, interpretations, conclusions and recommendations are those of the author and are not necessarily endorsed by the United States Government. 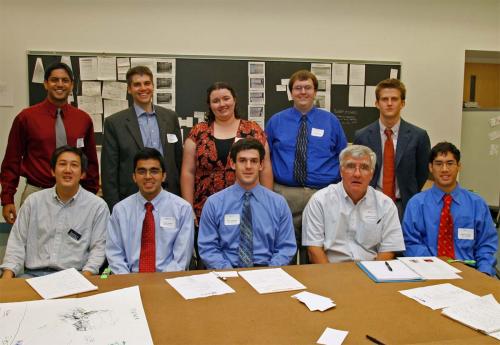