Carrie Nugent Ph.D., assistant professor of computational physics and planetary science, has been awarded the Carl Sagan Medal for Excellence in Public Communication in Planetary Science.

The prize is awarded annually by the Division for Planetary Sciences of the American Astronomical Society (AAS).

"I’m honored to receive the Sagan Medal and proud to continue in the tradition of exploring and sharing the marvels of our universe.” 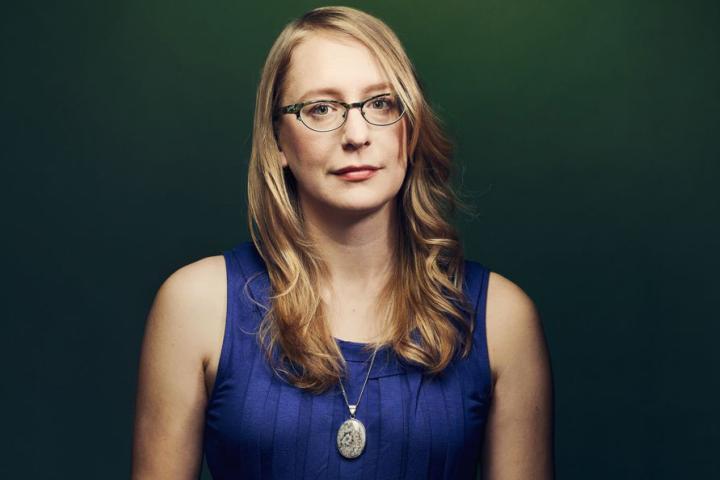 “I am one of the billions and billions of people who owe a debt of gratitude to Carl Sagan,” Nugent said. “He taught us about the wonders of the cosmos and made our pale blue dot a better place to live. I’m honored to receive the Sagan Medal and proud to continue in the tradition of exploring and sharing the marvels of our universe.”

The Medal, established in 1998, recognizes and honors outstanding communication by an active planetary scientist to the general public. According to the AAS, “It is awarded to scientists whose efforts have significantly contributed to a public understanding of, and enthusiasm for, planetary science.”

The award is named in honor of Carl Sagan, the visionary planetary scientist who popularized the study and understanding of space and the solar system. His television show, Cosmos: A Personal Voyage was revolutionary for introducing an entire generation to cutting edge science. It eventually became the most watched series in the history of the American Public Broadcasting Service.

Carrie Nugent has shared her love of planets, astronomy and asteroids with an audience of millions over the years. She is a TED Senior Fellow whose talk “Adventures of an Asteroid Hunter” has been viewed over 1.3 million times. She is the author of the popular science book “Asteroid Hunters,” which has been translated into Hungarian and Turkish. She produces and hosts “Spacepod,” a podcast that features casual conversations with astronomers, planetary scientists and engineers. Spacepod has listeners from around the world. Fans span a range of professions and ages, from lawyers to truckers to clergy to students.

In 2018, Nugent joined the faculty at Olin College, where, in addition to teaching several courses, she is also conducting research with undergraduate students that involves searching for --and tracking-- near-Earth asteroids. In addition, part of Nugent’s team is working to identify the origin of certain asteroids. For years, Nugent’s research has been focused on mapping the location of asteroids in an attempt to identify potential threats to planet Earth.

Nugent is also the recipient of a NASA Group Achievement Award, an AAAS Mass Media Fellowship, a UCLA Collegium of University Teaching Fellowship, and asteroid 8801 Nugent is named after her. She was recently featured in a clue on the television show Jeopardy!

Previous winners of the Medal include Bonnie Buratti Ph.D., a planetary astronomer at the Jet Propulsion Laboratory, Megan Schwamb Ph.D., an assistant scientist at the Gemini Observatory’s Northern Operations Laboratory and Henry Throop Ph.D., a scientist at the Planetary Science Institute.

As part of the Carl Sagan Medal, Carrie Nugent will deliver a public lecture in Geneva, Switzerland in September, 2019.