On a hot, August afternoon the Extending Access to STEM Empowerment (EASE) Lab mobile making trailer pulled up to the Menino Community Center in Roslindale, MA, and Olin College Assistant Professor Amon Millner began pulling out the tools of his trade: Popsicle sticks, hand tools, a computer-controlled drill and cutting machine, wire, and adhesives of all sorts.

The grey trailer with brightly-colored pink drawings drew neighborhood children like a magnet. Along with a taste of engineering, any child (or accompanying adult) who made a Popsicle stick tool also received an ice-cream treat from Zack’s Ice Cream truck.

Dozens of kids swarmed the activities, even before the set up was officially complete. Millner, together with Olin student Jiaying Wei, has created a series of activities that encourage children to make DIY tools out of Popsicle sticks, including screwdrivers, protractors, and even calipers.

“About 50 kids participated – and then enjoyed an ice cream treat to cap an afternoon of making. There was tremendous buzz before we even started. Just as we were setting up I could see their creative juices flowing …several participants ended up chasing us down the block as we towed the trailer away,” said Millner.

While the young builders cheered that they could walk off with a tasty treat, for Millner that meant the young makers had one more leftover Popsicle stick to make a cool new tool.

The event was part of the STEAMing it in the Park series funded in part by the Boston Foundation.

This wasn’t the first time Millner and his “Maker” partners hosted a hands-on event. In fact, for most of the summer months Millner has been hard at work devising new ways to get younger children—particularly those in underserved communities—interested in STEM.

Just a few weeks, the EASE lab brought the activities from its trailer to the tents of the  Mini-Maker Faire hosted by Boston’s Children’s Museum. The activities captured the attention of hundreds of kids ready to spend their day creating their own tools, testing simple circuits and trying their hand at coding. He also brought interactive light-up tiles, not only for children to jump on, but to show them how the tools they made actually build products. 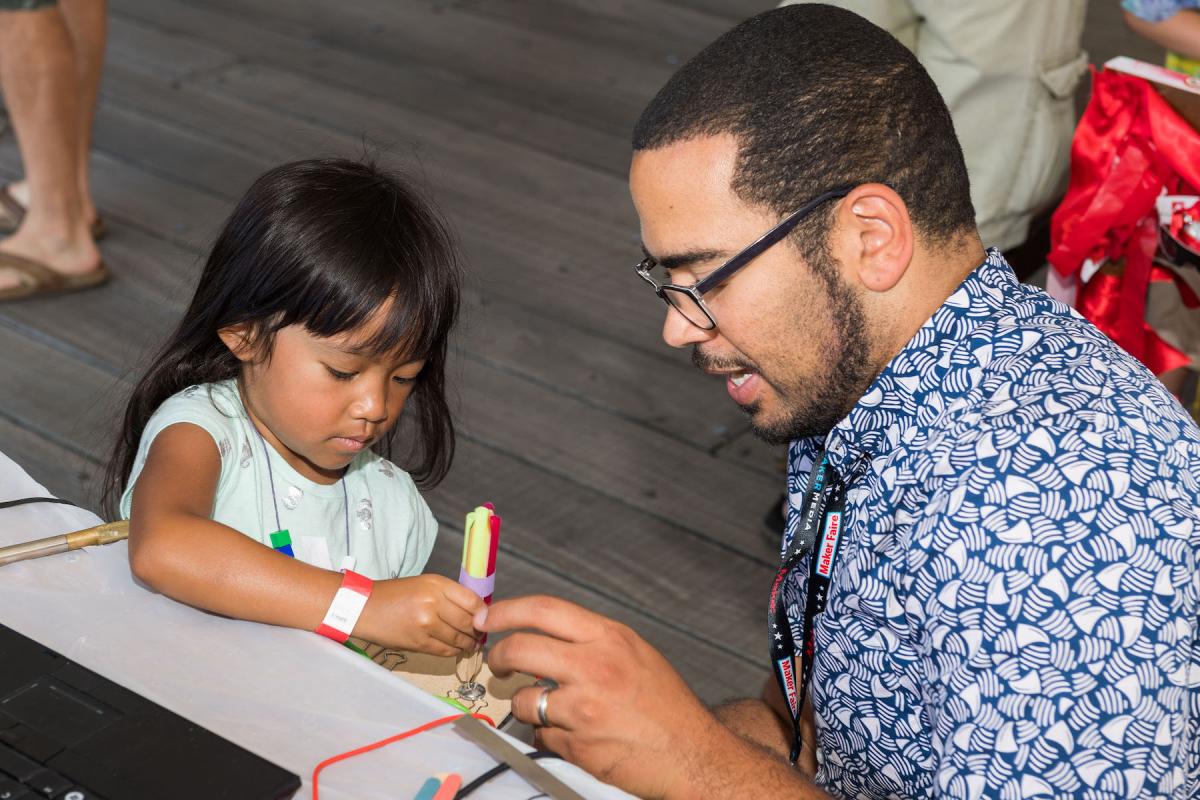 Professor Amon Millner helps a young girl with her DIY tool made out of Popsicle sticks during the STEAMing it in the Park series at the Menino Community Center in Roslindale, MA in 2016.

For years Millner has been passionate about empowering others, especially young people, to invent things and stretch their imaginations. He was part of the team that developed the Scratch programming language, which allows users to create and share animations, stories, simulations, and games they create. He also helped shape the “Fab Lab” model of maker spaces – setting up and cultivating the culture of the first Lab that was replicated widely. 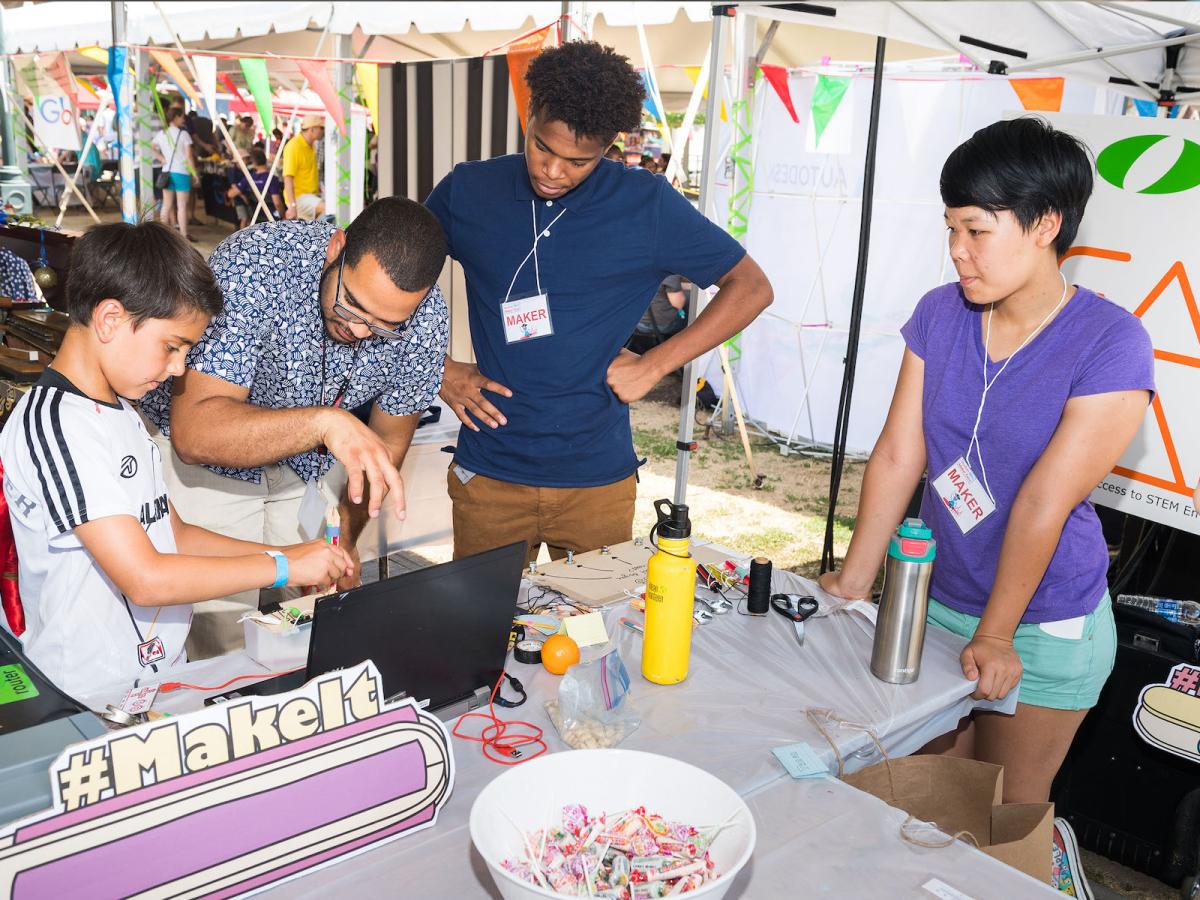 Professor Amon Millner helps a community member with a coding project in Roslindale, MA, in 2016.

Rather than make kids, some of whom may not have access to easy transportation, come to a Maker space, Millner created a compact, yet capable mobile trailer that is ready to travel when and where it’s needed.

“There are places children can go for free, but what I focus on now is trying to find different ways that the same sort of activities can come to where they are,” said Millner. “I want to try to get the spark in places people wouldn’t think of—who knows, maybe a park at night. I want to challenge the traditional models.”

To help facilitate these Maker activities, the EASE lab has partnered with JumpSmart, a STEM education company founded by Bryanne Leeming, a recent Babson MBA graduate. Leeiming is also working as a coordinator for the EASE lab. Leeming is launching her own company to bring to market Unruly Tiles, programming floor tiles that light up and make sounds according to rules made by the user. Interacting with the tiles marries graphical coding and physical activity. The kids can walk, jump or dance on the tiles in a pattern they create. Millner is an advisor to the company.

At the end of September, Millner will be speaking at the Maker Education Forum in advance of the Maker Faire in New York City.